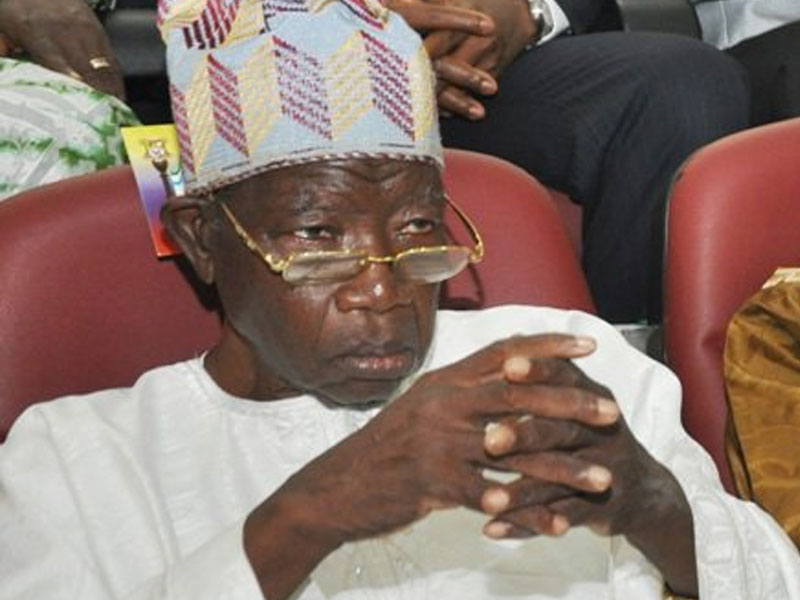 Lateef Kayode Jakande, LKJ, the first civilian governor of Lagos state, has died at the age of 91, the incumbent governor of the state, Babajide Sanwo-Olu has announced.

Governor Sanwo-Olu broke the sad news of the governor who is credited with expanding the educational and housing potentials of Lagos when he served between 1999 and 1983.

His effort in developing the metroline was, however, cancelled by the Muhaammadu Buhari military government in 1984.

Announcing the death of his predecessor, who was politically hailed as Baba Kekere, Sanwo-Olu said:

”With gratitude to God for a worthy life well spent in the service of Lagos State, Nigeria and humanity, I announce the death of a venerable statesman, outstanding politician, public administrator and the first Civilian Governor of Lagos State, Alhaji Lateef Kayode Jakande,” Sanwo-Olu said.