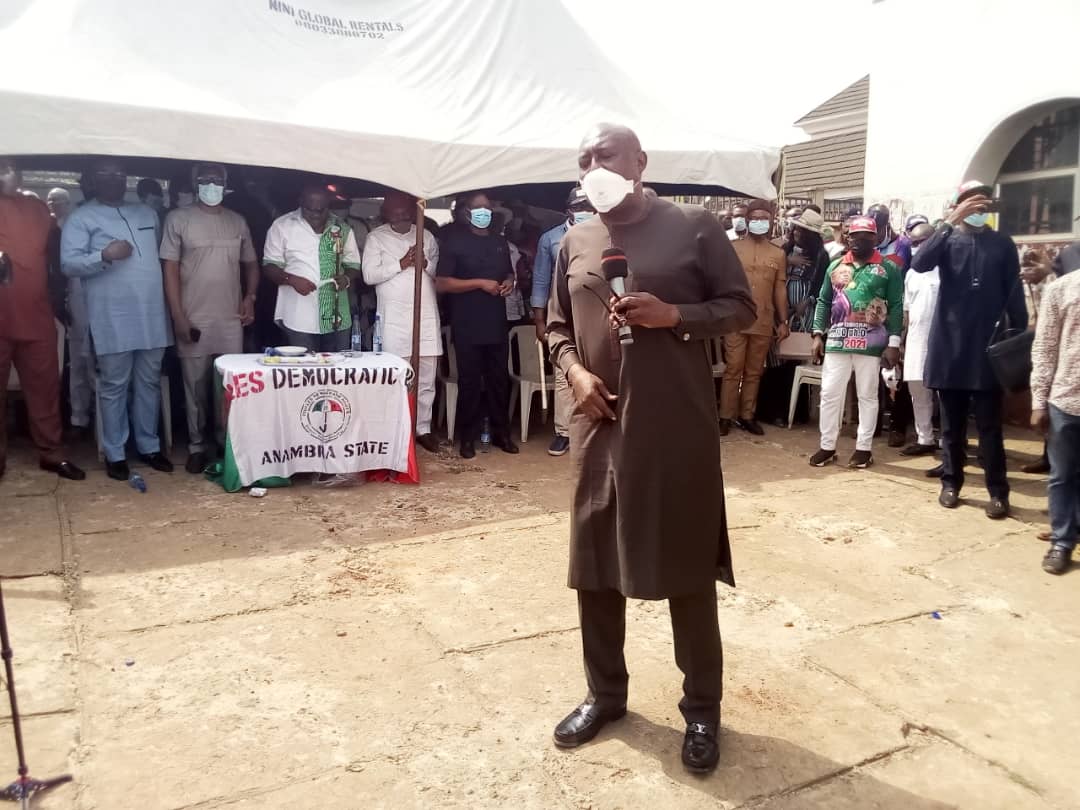 Former national publicity secretary of the Peoples Democratic Party (PDP), Chief Olisa Metuh says he fought demons during his recent experience in detention and that God saved him to be a witness to injustice and to serve humanity.

“I wrestled with the devils. The Almighty God has saved me. For that, I commit the rest of my life to the service of God and the people,” Metuh said when some PDP faithful received him at the party secretariat in Awka on Wednesday.

Metuh was arrested in 2016 by the Economic and Financial Crimes Commission (EFCC) and arraigned on seven counts of money laundering for allegedly receiving N400 million from the office of the national security adviser.

In December 2020, Court of Appeal acquitted him of all charges and nullified the seven year jail handed down on him.

The PDP chieftain, who was received by Chief Ndubuisi Nwobu, State chairman of PDP and faithful, said the experience was a great lesson for him but he had forgiven his traducers.

He said he was grateful to God for seeing him through the years of trial which he described as a ‘descent into the deepest part of the valley’.

“Today I am vindicated and I must tell you that I descended into the deepest part of the valley and I fought with demons .

“I thank God for showing me mercy and I thank all the PDP gubernatorial aspirants and the party leadership for their support and concern during my trying times,” Metuh said of how he fought demons.

Earlier in his remark, Nwobu said the travail of Metuh was a calculated attempt to “shut up the voice of the opposition by the government in power”.

Against the backdrop of the claim by Metuh that he fought demons, the chairman lauded the judiciary for allowing justice to prevail by acquitting Metu and nullifying his conviction adding that it was a testimony that he was clean of the charges against him.

“They did not allow him to go for medical treatment insisting that he would abscond despite the fact that the court had granted him bail, but today he has gone to London and had his treatment and he is back in Nigeria and he did not abscond,” he said.

Metuh was later treated to a rousing welcome by his Nnewi community where he held a meeting with them.

Jonathan Not Thinking Of 2023 Race – Omokri