If I Slap Anyone, He Will Sleep For 3 Days, Police Legal Officer Boasts Before Osun Panel 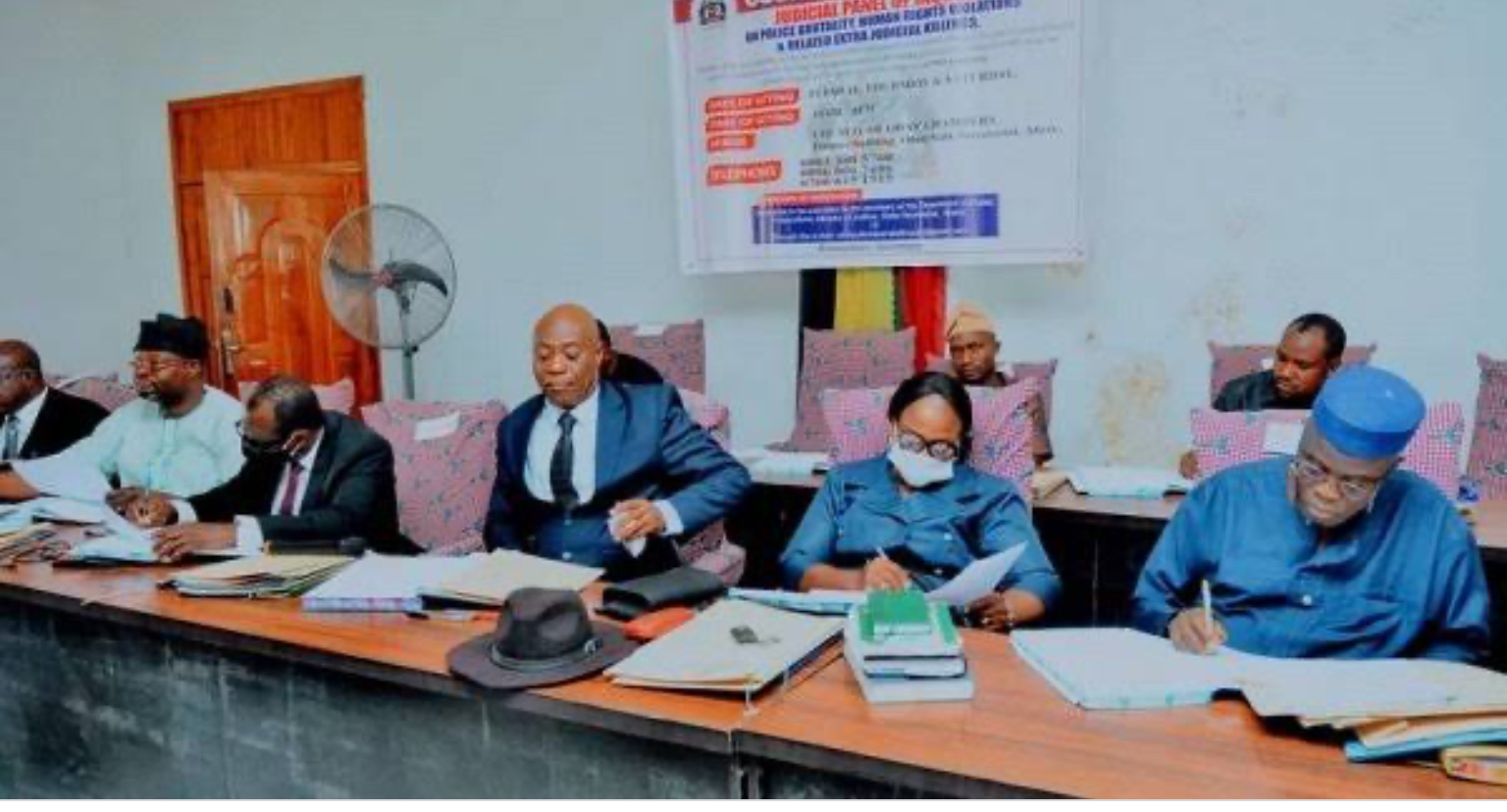 There was a dramatic turn of event on Friday, March 19, during the Osun State Panel of Inquiry investigating police brutality and extrajudicial killings, after a Legal Officer of the Nigeria Police Force, Mr. Francis Osie boasted that no one can withstand his slaps.

It was learnt that the drama happened when Kayode Adebisi, the petitioner’s counsel, was cross-examining a policeman, Inspector Muritala Alayande in a case involving a businessman, Mr. Paul Adeolu, who alleged that some policemen aided the syndicate that defrauded him of a sum of N36million to escape justice after being apprehended.

In the petition the businessman submitted before the panel, he alleged that the police collected money from the syndicate, arrested him and tortured him instead of helping him to pursue justice.

Inspector Alayande who was the Investigating Police Officer(IPO) in the case giving testimony before the panel, said: “In December 2016, one Raji Abdulrasheed reported that the petitioner collected N1.8million from him and refused to pay. We arrested the petitioner and he confessed that he was duped by some people from Lagos. We went to Lagos and arrested five suspects. One of them was indicted and was charged to court before the petitioner withdrew the matter.”

While Adebisi was cross-examining Inspector Alayande, he alleged that he tortured the petitioner while he was in police custody.

Alayande smiled hysterically, saying, “If I slapped him (petitioner) he will not wake up for three days.

The remarked grieved the panel, he was cautioned, however, the counsel tried to get more clarity on the issue, this infuriated the legal officer of the police, Mr Francis Osie, and threatened that the counsel can’t withstand his slaps. Adebisi replied that “the panel should take judicial notice of his remark that he is a man of violence, this is why this panel was set up.

Osie said angrily, “If there is any allegation of torture, there should be medical evidence. If I slap you as you are there can you withstand it? What rubbish? The petitioner did not wake up in the hospital and you the counsel is coming here to lie to the panel.

The Chairman of the panel, Justice Akin Oladimeji, cautioned that the police officer does not have any right to slap anybody saying, “there is no point in saying or making yourself so as a mighty man that if you slap anybody he won’t be able to stand up for days that is making the whole thing messy. You are standing before the panel.

The cross-examination was later concluded as the matter was adjourned to March 26th 2021.