Why I Pummelled Okorocha Inside Air Peace Plane - Monarch 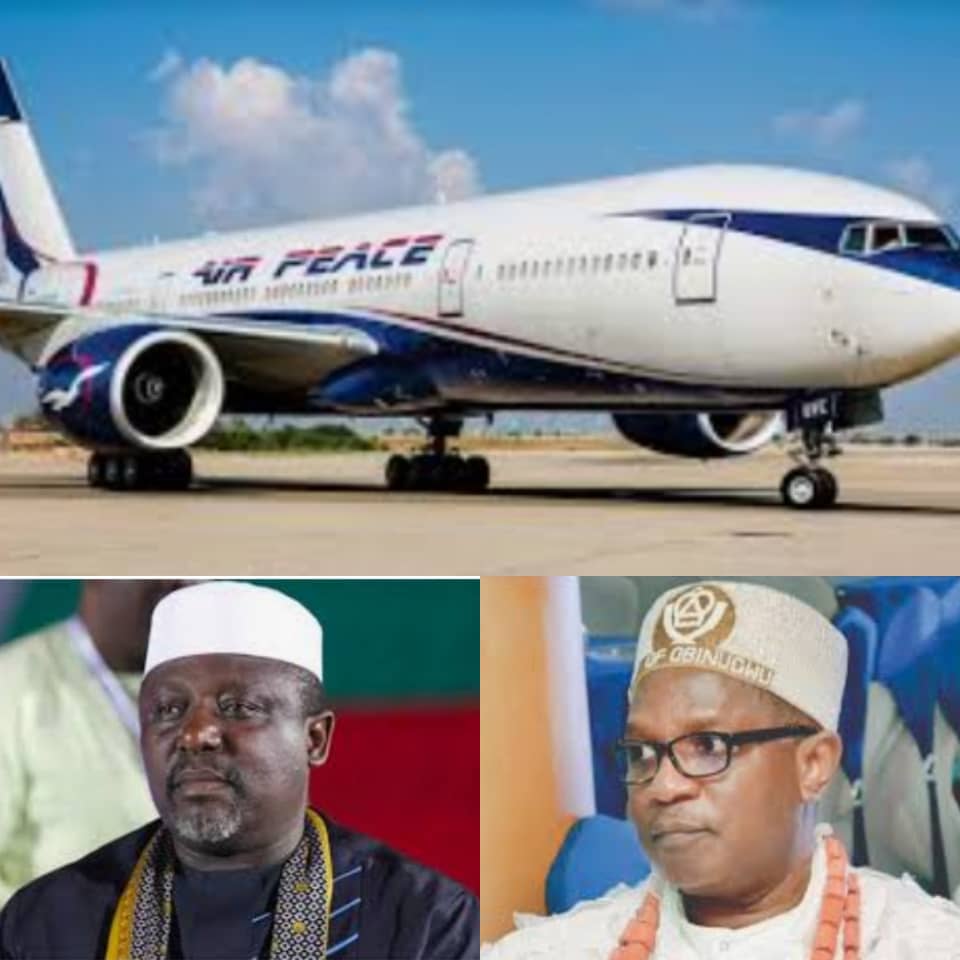 The monarch who fought Senator Rochas Okorocha aboard an Air Peace aircraft has said that he pummelled the former Imo State governor because of the evil he did while in office saying that over a million other citizens of the state were waiting to take their pound of flesh from him.

GreenWhiteGreen GWG had reported how Okorocha was hit by the Obi of Obinugwu in Orlu, Eze Dr. Eze Cletus Ilomuanya while the two of them sat near one another aboard the plane on Sunday.

The pilot of the plane it was gathered emerged to re-seat Okorocha to avoid further humiliation from the traditional ruler who was removed from his position as chairman of the Imo State Council of Traditional Rulers while Okorocha was governor.

Okorocha had subsequently refused court orders to reinstate him.

When the two of them met in the aircraft with Okorocha now out of office, the traditional ruler hit the former governor after an initial verbal altercation.

The monarch on Monday denied a news report that he did not hit Okorocha. Eze Ilomuanya in a statement issued by his media adviser, Kennedy Eweama, warned Okorocha that over a million citizens of the state were ready to also hit at him at the earliest opportunity.

Why I Pummelled Okorocha – Monarch

“Our attention has been drawn to a mischievous and misleading report in the social media, that he (Ilomuanya) condemned the report of the pummeling of former Governor Rochas Okorocha in Air Peace yesterday.

“The jaundiced report purported that Eze Ilomuanya spoke to a news outfit. For the avoidance of doubt, the said report is false and bears no semblance of truth whatsoever or howsoever. Eze Ilomuanya never spoke to any person. The concocted story does not in any way bear Eze Ilomuanya’s imprimatur

“Our investigation has incontrovertibly proved that Okorocha’s goons desperately planted the non existent story to water down his further humiliation.,” the monarch said as he affirmed that he pummelled Okorocha.

“We’re however, not perturbed by such childish, petty and atavistic media antics. Okorocha indisputably adorns a pariah apparel. Not even the most expensive white paint in Nigeria can cleanse Okorocha’s iniquities.

“Okorocha must also realize that the evil that men do now lives with them, and not after as previously thought.

“His narrow escape from thorough pummeling inside Air Peace was a tip of the ice berg. Over a million other Imo people are waiting for Okorocha out on the streets,” the statement added.

I Chose Kano For My Birthday To Preach Unity – Tinubu