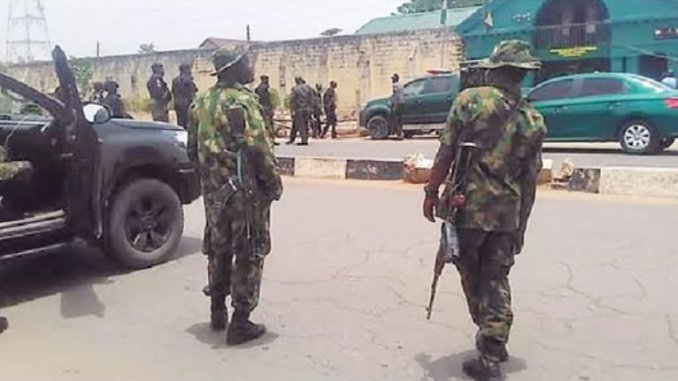 Armed personnel attached to the Bauchi Custodian Centre on Friday averted what would have been another jailbreak a few days after the Owerri incident.

In the process, five inmates and two personnel of the Correctional Service were injured from gunshots, they are presently receiving treatment at an undisclosed hospital in Bauchi metropolis.

Confirming the attempted jailbreak, the PRO of Bauchi Command of the Nigeria Correctional Service, Abubakar Algwallary explained that the situation has been put under control as all the inmates have been put back into their respective cells.

He said that “Yes, there was a little problem in the Custodian Center today, we were just coming from there with the Command Controller, we have gone to see the situation and I can tell you that everything has been brought back to normal.”

On the causes of the chaos, the PRO said, “It was discovered that one of the staff was snuggling prohibited substances into the centre for the inmates, he was caught and tried by the authorities. Some of the inmates who were getting the items felt bad and decided to protest the action of the NCS.”

He added that “Also, we have some inmates from the Southern part of the country who were aware of the happenings in Owerri so, they teamed up with those protesting the stop of the supply and attempted to do a jailbreak.”

Also confirming the attempt, Bauchi State Police Command disclosed that the attempt was made on Friday by the inmates but the situation has been put under control as normalcy has returned to the Custodian centre.

The PPRO, SP Ahmed Wakili said that “the command has sent reinforcement to the centre to ensure that there was no breakdown of law and order. People of the area and indeed Bauchi metropolis are now going about their legitimate businesses without hindrances.”

A visit to the Custodian Centre close to the Emir’s Palace showed the presence of heavily armed security personnel on sentry while the Bakaro road beside the Centre has been temporarily closed to traffic.
Send Us A Press Statement Advertise With Us Contact Us

Related Topics:BauchiJail break
Up Next