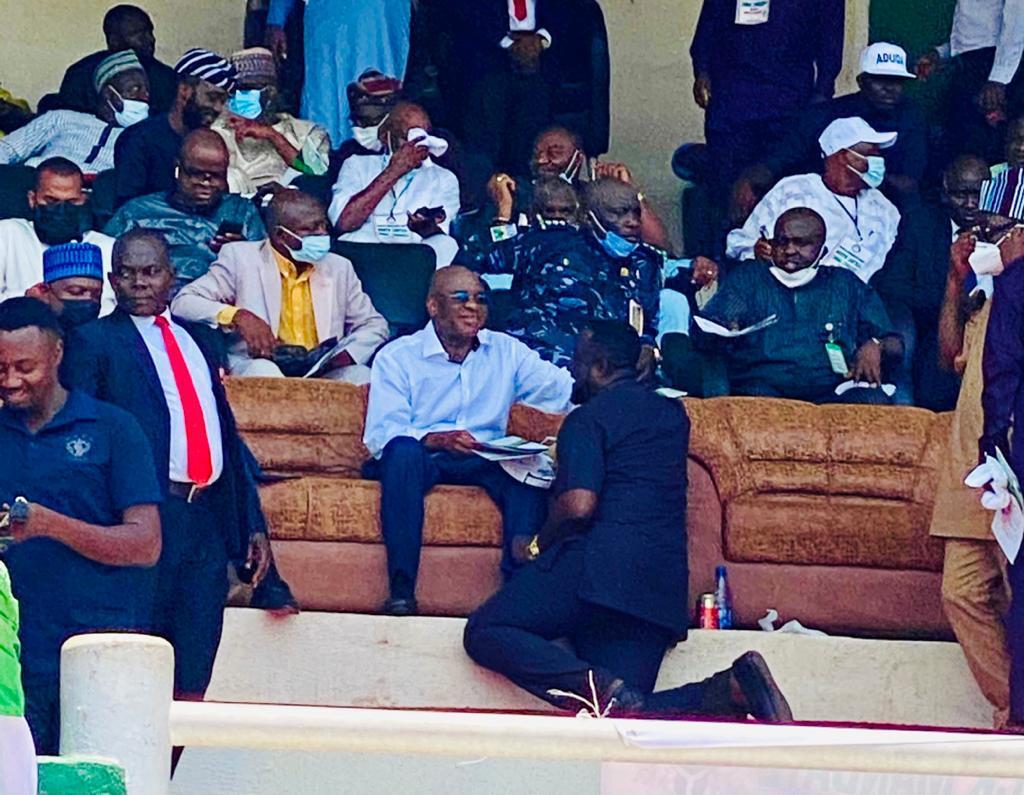 The build-up to the Peoples Democratic Party, PDP North Central Congress at the Aper Aku Stadium in Makurdi on Saturday was preceded with palpable tension with the old master politician, Senator Ibrahim Mantu as a central player.

Even though the sale of forms had closed since 2020, it came as a surprise to party faithful how Hon. Mike Dapianlong, former Speaker pro  tempore during the Dariye regime still obtained the form to contest against Hon. Theophilus Dakas Shan the incumbent Zonal Vice Chairman from the same Quan Pan LGA.

It became clear that the group led by Senators Jerry Useni and Ibrahim Mantu had some tricks up its sleeve even though it was clear that the incumbent Dakas Shan had not only been overwhelmingly endorsed  by over 95% of the Plateau delegates, but also by all the states within the North Central Zone.

It was therefore not suprising when the Useni/Mantu group made spirited and deliberate efforts to counter the narrative of endorsements on Dakas who is well known to enjoy the support of leader of the party in the state,  Da Jonah David Jang.

Wisdom eventually prevailed when leaders of the zone led by former Senate Presidents David Mark and Bukola Saraki prevailed on the Useni/Mantu group to withdraw their candidate.

It was therefore very heart gladdening news when Senator Mantu formally announced to the Congress the support of all Plateau delegates for Dakas Shan whom he praised to high heavens for his capacity and competence. This was Mantu at his eloquent best which also demonstrated his disposition to sportsmanship and statesmanship!

This development paved the way for a peaceful affirmative Congress. It was also heart warming that the Useni/Mantu group did not raise any objections to Plateau delegates voting at the Congress like it had been speculated due to posts on social media by one Macham on behalf of the group. This means the group may have finally conceded that the Congresses conducted on the Plateau were legitimately held after all!

With this development Stakeholders and observers are of the opinion that Plateau PDP  leaders have demonstrated that they can and will work together to prepare the party for the 2023 elections.

The import was that all minor outstanding issues will be resolved back home after the Congress. Leaders resolved not to disappoint Nigerians and particularly the people of Plateau state by ensuring the PDP remains united and strong.

Another highlight of the Congress was the re- admission of Prof Jerry Gana and others into the party.  Prof Gana, a founding member of the party and who held several positions under successive PDP regimes expressed delight in returning home and urged leaders to work in harmony so as to deliver Nigerians from the APC bondage!.