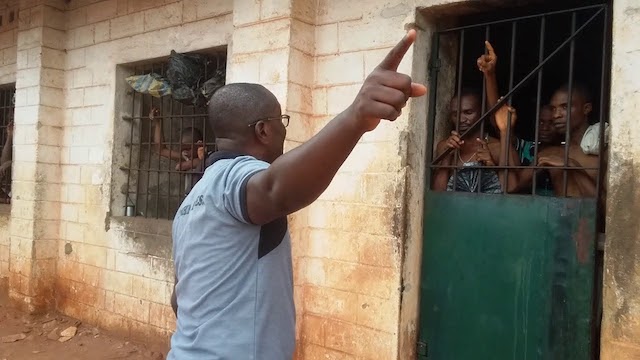 The  Nigerian Correctional Service (NCoS), Edo Command, has said  that no life was lost in the attempted jailbreak at its custodial centre, Ubiaja, Esan South East Local Government Area of the state.

The command’s Public Relations Officer, (PRO) Mr Aminu Suleman, said this in a statement on Thursday in Benin.

Suleman said that though some staff and inmates sustained various degree of injuries during the Wednesday attempted jailbreak, no inmate escaped from custody.

He explained that the incident which occurred at the Ubiaja medium security custodial centre, started as an unrest by the inmates refusing to return to their cells on being opened out as was the routine practice.

He further explained that investigation later revealed that some hardened criminals among the inmates instigated others to the riot.

He said that they were possibly acting based on what happened at Oko, Benin and Owerri to effect jailbreak for possible escape.

The PRO said this led to violence, damaging of cells, the administrative blocks, medical office and boring of holes on the perimeter fence in a bid to facilitate their escape from custody.

Suleman added that they were, however, repelled and overpowered by a combined team of security personnel from security commands in the state.

He disclosed that the situation in Ubiaja was now under control as the inmates had since returned to their cells.

He also disclosed that the state Controller of Corrections, Mr Felix Lawrence, had visited the Ubiaja custodial centre and also appreciated sister security agencies for their effective synergy and prompt response.

“He assured the public of peace and calm at the various custodial centres across the state,” he said. (NAN)