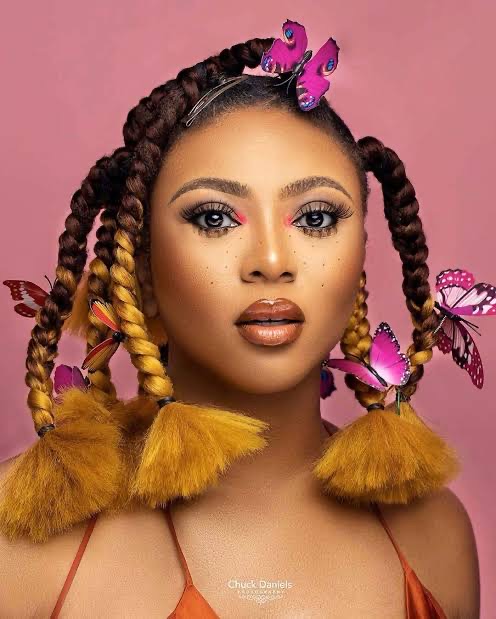 Stephanie Coker sharing her views on how ladies today wish to marry wealthy guys so they don’t suffer advised that they should make sure theyhave a life of their own before becoming someone’s wife.

READ ALSO: I Foolishly Believed In The Change Mantra – Morayo Brown Vents Her Anger On Buhari

“Having your own life and being able to fend for yourself and your family help you not to become a burden on anyone and also will let your man respect you so much as you won’t be a burden to him,” She said.

According to Stephanie Coker, if you want to tie the knot or become someone’s wife, then you have to make sure you have your own life and control things your own way for no one to control you or give you the life you never wanted.

Becoming someone’s wife comes with a lot of responsibilities therefore having your own life before taking on other responsibilities is just the best way to avoid so many arguments in marriage.

Stephanie Coker is a 32yr old Nigerian on-air personality and a television presenter for MTV Base Africa and Ebony Life TV. She also featured as ‘Feke’ in the popular Nigerian TV Series Tinsel. and a popular sitcom program “Hustle” as ‘Cindy’.

Related Topics:Stephanie Coker
Up Next

I Woke Up In Tears – Kiddwaya Reveals

How Is Buhari Able To Sleep? TVC’s Morayo Brown Laments She Foolishly Belived In Change