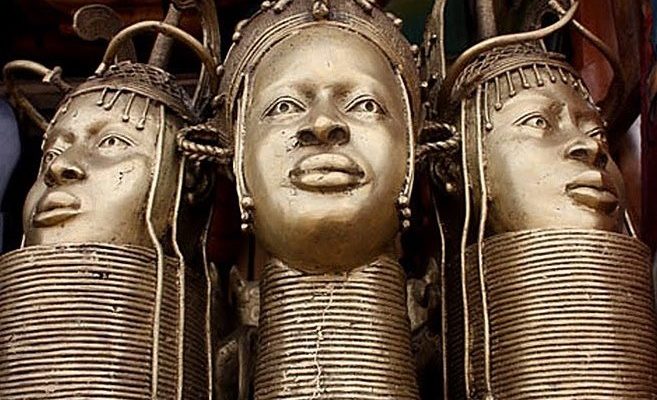 Germany will start returning Benin bronzes to Nigeria in 2022, the country’s foreign and culture ministries said on Friday.

They said in a statement that the move was part of a growing trend to return cultural artifacts seized during the colonial era to their places of origin.

Britain’s soldiers seized thousands of metal castings and sculptures in 1897 during a raid on the Kingdom of Benin, then separate from British-ruled Nigeria.

The “bronzes” —- actually copper alloy relief sculptures, many showing court figures —- were auctioned off and then spread among institutions from New Zealand to Germany and the U.S.

The biggest collection was in London.

“In addition to maximum transparency, we primarily aim for substantial restitution,” German Culture Minister Monika Gruetters said in the joint statement issued with the foreign ministry and German museums.

“We want to contribute to a common understanding and reconciliation with the descendants of the people who were robbed of their cultural treasures during the times of colonialism,” Gruetters added.

The Ethnologisches Museum in Berlin has more than 500 historical artifacts from the Kingdom of Benin in its collections, mostly bronzes.

The University of Aberdeen in Scotland said last month it would return a Benin bronze to Nigeria within weeks, one of the first public institutions to do so.

The British Museum, which holds hundreds of the sculptures, has alongside several other museums formed a Benin Dialogue Group to discuss displaying them in Benin City, some officially on loan.

Plans are underway in Edo to build a centre to store and study the returned artifacts by the end of 2021, and a permanent museum by 2025.

The German ministries issued their statement in conjunction with German museums that are part of the Benin Dialogue Group.

Related Topics:Benin bronzes
Up Next