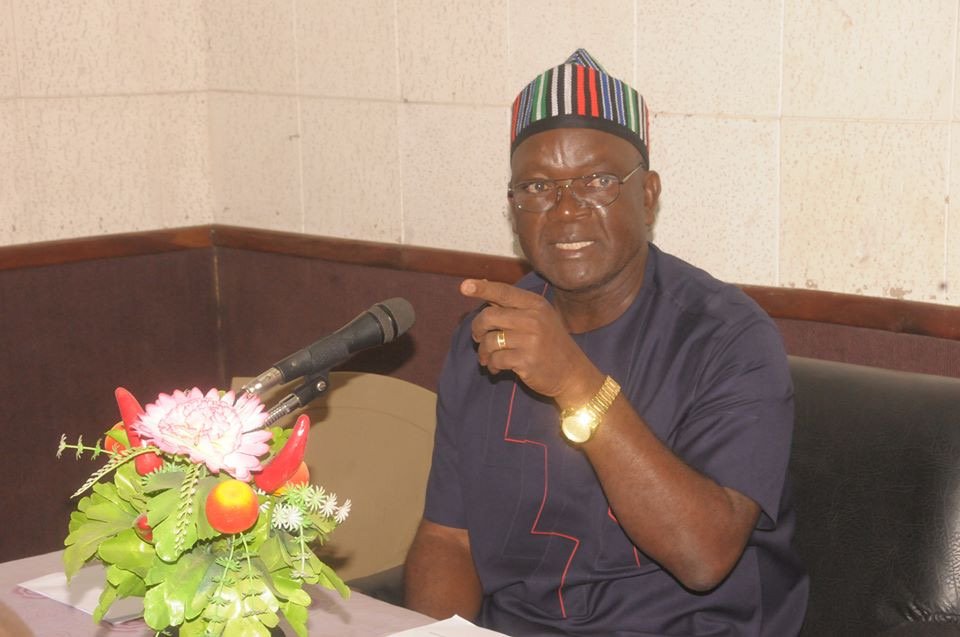 Governor Samuel Ortom of Benue state has commended Governors from the Southern region of the country for issuing a ban on open grazing in the region.

Speaking at the ‘Media Week and Communications Day 2021’ organised by the Catholic Diocese of Makurdi at the Holy Ghost Parish Hall on Thursday May 13, Ortom stated that those opposing the ban have a hidden agenda.

The Benue state Governor who maintained that his southern counterparts had chosen the right path to address insecurity, added that Nigeria remains a great country with huge potentials and should, ordinarily, have no business with poverty if only there were guaranteed security for lives and property and the people are allowed to remain stable in their localities.

He also thanked Christians and and Muslims in Benue state as well as residents for being supportive of his administration just as he acknowledged the good reportage of government policies and programmes by the Directorate of Social Communication, Catholic Diocese of Makurdi.