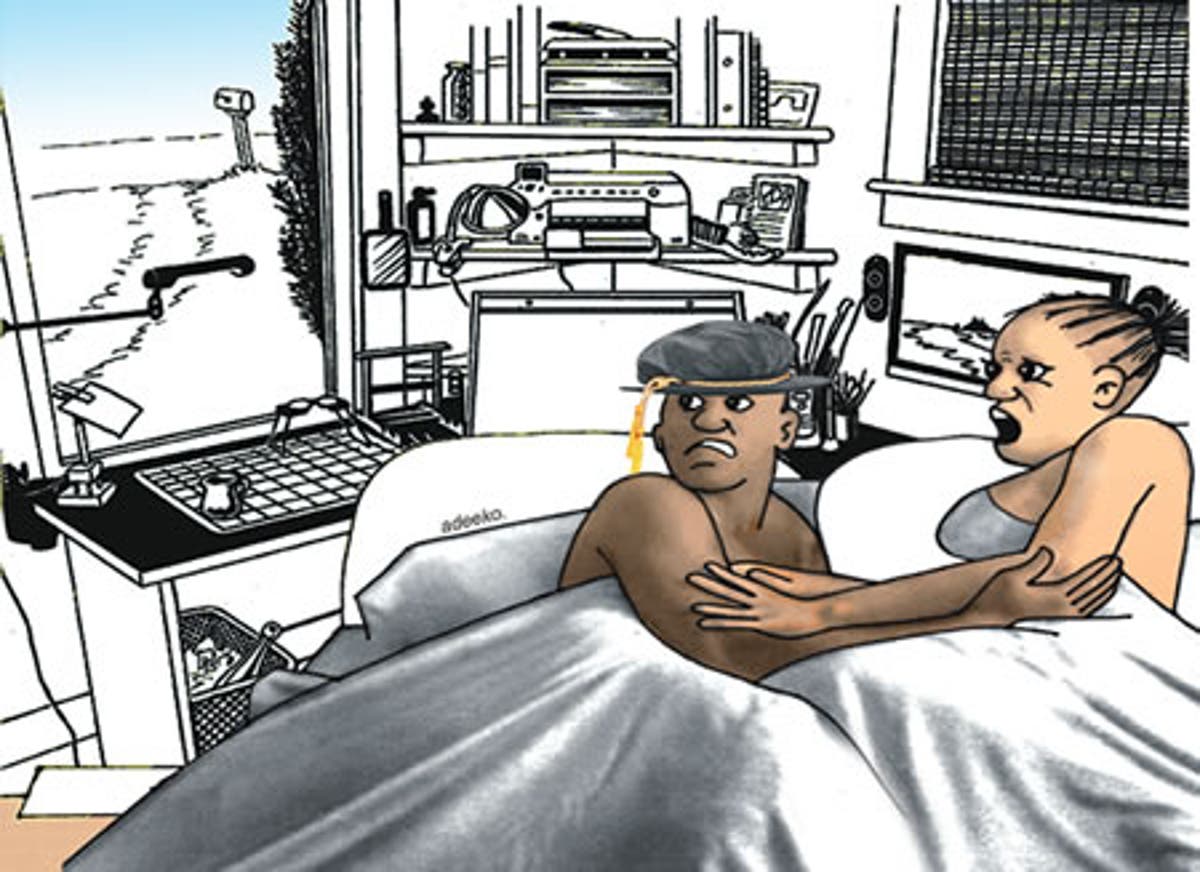 Some Abuja-based lawyers, on Friday, expressed divergent views as to whether a man can be accused of rape when the victim is his lawful wife under the Nigerian law.

Some lawyers in separate interviews with the News Agency of Nigeria (NAN) in Abuja, said the spousal or marital exemption principle implies that by mutual matrimonial consent and contract the wife had given up her herself unto her husband, which she cannot retract.

They, however said, when abuse and violence is applied by spouses during intercourse, it falls under domestic violence and assault.

Mr Maxwell Opara, a lawyer told NAN that a wife can only talk about domestic abuse and not rape.

”Rape occurs when there is non-consensual sex with someone that is not your wife but you cannot force your wife against her consent because it is the man’s matrimonial right, the woman can say her husband assaulted her and on that ground has to go an extra length to prove it.

“If the woman cannot withstand the incessant demand for sex from her husband, she can divorce him and they go their separate ways.

“The inability to consummate the marriage by either the husband or wife is a solid ground to divorce.

“Under the matrimonial law, marriage is predicated on consummation and once there is an iota of disagreement and denial, there is no marriage.

” Except there is a medical proof for the woman not to consummate for a certain period of time, in that regard, the woman’s life is at stake, ” Okpara said.

The legal practitioner added that refusal to consummate can lead to bigamy which is a crime and when the wife refuses to submit, it can lead to extramarital affairs.

” In this case, the wife can take her husband up for bigamy which is another ground for dissolution of marriage.

” In religious law , the Bible also says the man should love his wife and the woman should submit to her husband likewise in customary law the woman is under the man.

” There should be mutual understanding in marriage, a man should know when his wife is tired after work likewise the woman, because when the couple is not in the mood, both would not respond to expectations, ” he said.

Also speaking, Chukwuma Nwachukwu, a legal practitioner said: “rape is having unlawful carnal knowledge of a woman without her consent and with consent, if the consent is obtained by force or by undue influence by making her drunk or giving her a drug to suppress the opportunity to give free consent or by impersonating the husband.

” Under Nigerian law , especially in the criminal code a husband cannot rape his wife because by the institution of marriage,  a woman is deemed to have freely given her consent for sex with her husband.

” There may be other offences that is not rape and is sexually related for example a man can violently assault his wife in the course of having sex or attempting to have sex.

” In 2015 a law called the Violence Against Persons Prohibitions Act (VAPPA) was created , under this new law a man can actually rape his wife.

” Before now, one of the major ingredients of rape is that there must have been penetration of the penis into the vagina of a woman, if there is no penetration there is no rape under Nigerian laws.

” However because of the emergence of various species of sexual act, the VAPPA also redefined what will constitute the offence of rape under Nigerian law.

”For example, under the previous law, a man cannot be raped because he cannot be penetrated but under VAPPA, a man can be raped.

” VAPPA also creates the offence of rape by a husband which is called spousal rape.

” So when a woman says no, the husband has to stop , in the process of forcing her you have actually raped her because the basic thing is the man has applied violence which is against the essence of VAPPA.

” Spousal rape means that abuse and violence had been applied in the process and VAPPA totally outlaws any sort of violence against a person which makes it an offence under the present state of Nigeria law,” Nwachukwu said.

Tosin Ojaomo, also a lawyer said marital or spousal rape is not recognised under Nigerian Penal provisions because it sees the husband and wife as one and marriage bounds the man and the woman together.

” Under the common law, a man can rape a wife when she doesn’t give her consent to sex but not under Nigerian law.

” It is assumed that there is an implied consent at the point of marriage, there must be an oath taken during the period of consummation of marriage that you will be together for better for worse and so many things.

” Even though there is a limit, but when it comes to issue of sexual relationship, our law tries to protect the issue of marriage.

Sir Steve Odiase, a legal practitioner said, married couples are to have access to each other unconditionally adding that for the issue of rape to emanate from the relationship that is statutory bound is impossible.

” At best its an assault, the husband can be said to assault the wife if consent is not granted expressly and the husband forces himself on the woman.

” They are bound by law to be one and they have unfettered advances on eachother that is why the woman can also tell her husband when she needs him , it is supposed to be unhindered if there are no impediments in the marriage,” Odiase said.

Another lawyer, Moses Ugwummadu, said that by law in marriage a woman should always give in to her husband at all times but when she is not disposed for one reason or the other she has a right  to say no.

” If she denies the man his conjugal right, the man can go to court to restore his legal rights instead of taking laws into his hands and forcing her, ” Ugwummadu said.

Also speaking to a trader, Saidat Abdulaziz, said sex should not be forced between married couples adding that some go as far as threatening the life of the wife in the process.

” It is very difficult to report  marital rape in Nigeria , because only few people would support the woman, majority would support the man because they feel it is a family thing but for me my no is no, if I have to go to the police station because of sex, then so be it.

” I grew up in an environment where a couple always fought over sex, the man beats his wife and when you ask them the cause of the fight they find it difficult to say.

” If it happens once and he apologises the wife can forgive him but when it keeps reoccurring, the necessary action needs to be taken before the wife dies in the process and if it results to him being jailed for it, let him learn the hard way, ” she said.

Mr Emeka Ndubuisi, another trader said rape is possible in marriage as far as force is applied adding that it is a family issue to be settled at home.

” If you go to the police to report marital rape, you would be asked to go home and settle it.In my 11 years in marriage I cannot force my wife into having sex, if I ask and she is willing, ” I collect am with good heart”, ” Ndubuisi said.

Mrs Funke Benson, a businesswoman said she does not believe in marital rape saying a man should not force his wife for sex because it is his conjugal right.

” When couples are not in the mood, there should be an understanding between them because after they agree to be husband and wife, they are suppose to be one and in the Nigerian culture and in Christianity the woman is suppose to be submissive and is under her husband, ” she said.