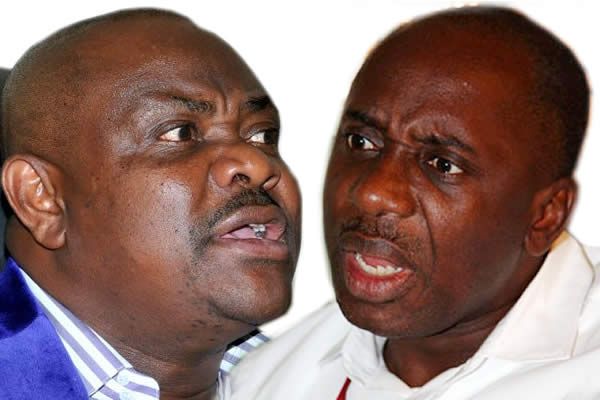 A major political shift in Rivers State is set to unfold on Saturday with the expected defection of some former political allies of the minister of transportation, Rotimi Amaechi to the Nyesom Wike-led Peoples Democratic Party, PDP.

Among those set to defect from the All Progressives Congress, APC are two former chairmen of the party in Rivers State, Igo Aguma, and Davies Ikanya alongside eight others.

A statement heralding the defection issued on Friday by Tambari, Gbara, the Publicity Secretary of the PDP in the state, said that Ikanya and Aguma would lead others to the party.

The statement further disclosed that Governor Nyesom Wike would lead the PDP to formally receive the defectors at a gathering of party members in Port-Harcourt.

The import of the defection of the former Amaechi allies to the PDP is expected to resonate on the ground in the expected showdown between Wike and his immediate predecessor.