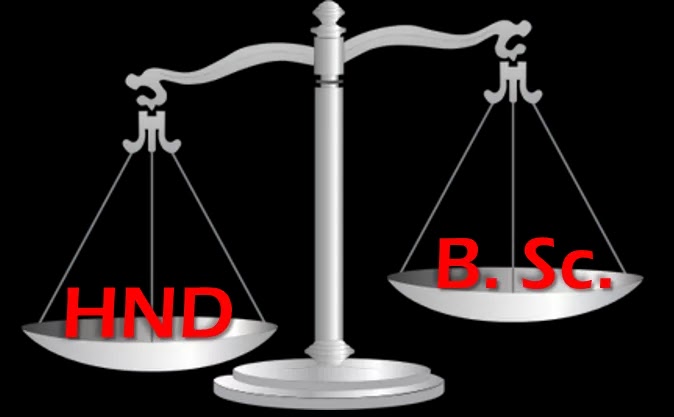 The Senate has passed a bill prohibiting employers of labour from discriminating between university degree holders and Higher National Diploma (HND) certificate holders.

This was sequel to the adoption of a report by the Senate Joint Committee on Establishment and Public Service Matters and Tertiary Institutions and TETFUND at plenary on Wednesday.

Presenting the report, Committee Chairman, Sen. Ibrahim Shekarau (APC-Kano), said the bill would help free HND holders from stagnation in public and private sectors and ensure balanced treatment for them with their university counterparts.

He said an end to the existing dichotomy between HND holders and university degree holders would ensure provision of the manpower needs of the country, ensure social justice and enhance corporate governance.

According to him, the bill will encourage patriotic contributions among HND employees in public and private sectors.

President of Senate Ahmad Lawan, said the passage of the bill would motivate polytechnic graduates in both private and public sectors for better productivity.

He urged public and private sector operators to ensure the implementation of the bill when signed into law by President Muhammadu Buhari.

“This particular issue has been in the front burner for a long time. I recall that in the House of Representatives between 2003 and 2007, this was one bill that was so important, and is one way of encouraging our polytechnic graduates.

“That should not take away from the kind of training they receive but, in fact, it is supposed to be a motivation for our polytechnic graduates.

“I pray that the Federal Government and all those in government agencies and the private sector would start to implement this by the time the President assented to the bill,” he said. (NAN)

UPDATE: NECO Registrar Died In His Sleep, Not Killed – Family