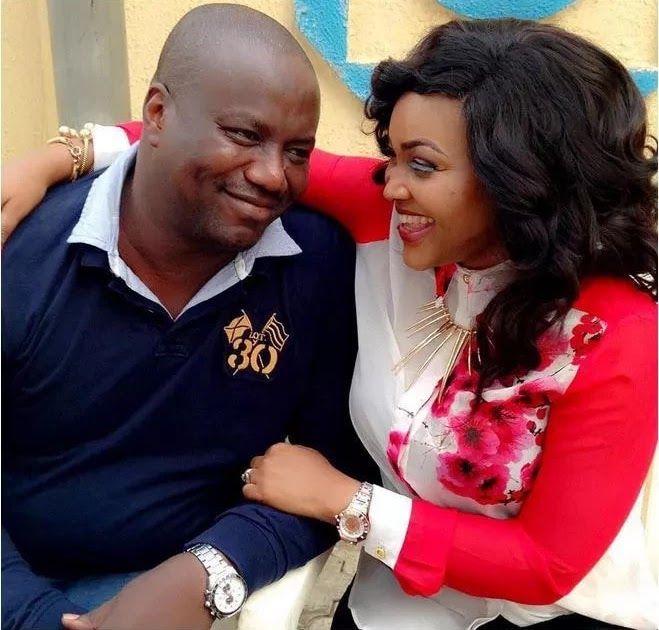 Star actress, Mercy Aigbe has closed the chapter on her brouhaha with her former husband, Lanre Gentry over his alleged indiscretions as a father but promising to get back to him next year.

Her assertion came as Lanre Gentry denied being a deadbeat dad.

Closing the chapter after a rancorous social media spat, Mercy Aigbe, promised her followers that she would again come back next year for what has become an annual ritual of taunting her former husband as a deadbeat dad.

GreenWhiteGreen GWG reports that Mercy Aigbe and Lanre Gentry were briefly married and had a son in between them. The couple separated in 2017 and have now been formally divorced.

Mercy Aigbe had on the occasion of this year’s father’s day as had in the past congratulated herself for playing the role of a father and mother to her son as she taunted deadbeat fathers who shied away from their responsibilities.

Her post had fired a sharp response from Lanre Gentry who hit at women who cannot be good housewives and mothers.

His taunt brought a sharp response from Mercy Aigbe leading to a social media tit for tat between the former lovebirds.

Btw I am not calling myself a Man oh! I am a Beautiful, Bold, Strong Queen 😍 and celebrating myself on Father’s Day shouldn’t be anybody’s headache really ( only if you fall into the category of dead beat dads) ….. I celebrate myself coz I play the role ‘father’ Have you ever heard of the phrase ‘Na Man you be’??… it doesn’t literally mean that the person it’s being said to, must be a Man! So pleaseeee allow me! No be Beans Abeg😍😍😍😍😍😍😍😍😍😍😍😍

On this note, I close the chapter on this year’s Father’s Day brouhaha ……till I come your way next year! Remember to always stay FOCUSED! 😁👌💪

Meanwhile, Lanre Gentry, has denied being a deadbeat dad saying that he paid their son’s school fee of N380,000 until Mercy Aigbe took the child to another school with fees of N980,000. According to him, she took the decision because her level had changed.

Speaking to the Punch on the controversy between him and his former lover and wife, he said:

“I do not have any problem with Mercy and I am not fighting with her. She is the one that is fighting; I deserve to wish myself a happy Father’s Day whenever it is celebrated. Woli Agba made a funny skit which I liked; I reposted it on my page and wished myself a Happy Father’s Day. The next thing was that she insinuated that the message I posted was directed at her. I told her the post was not direct to her. That was it. I do not have a problem with her neither am I fighting with her. I am a man so I do not believe in gossiping or backbiting; it is mostly women that do that. I do not need to join issues with Mercy.”

While affirming that he had no crush on Mercy Aigbe, and was set to marry another woman soonest, he said:

“I do not have a relationship with Mercy and by the grace of God I will re-marry in September this year. I have my fiancée that I am going to marry. So you see that I do not have any issues with her. When it comes to Mercy and me, we are already divorced. She dragged me to five different courts for a divorce and she has got it. I do not have anything to do with her again.

“I pay my son’s school fees. When Michelle was with me, I was the one paying her school fees. She told me that she has been upgraded so she removed our son from the school we both enrolled him and I pay N380,000. She went to enroll the kid in a school that pays N980,000. I told her I could not afford it because I am not a drug trafficker neither am I an armed robber. I pay the amount that I can afford. When she brought her daughter to my house, I was the one taking care of the child as a father so when she takes Juwon to another man’s house, the man should take up the responsibility of a father. Later in life, the boy will know his real father’s house.”