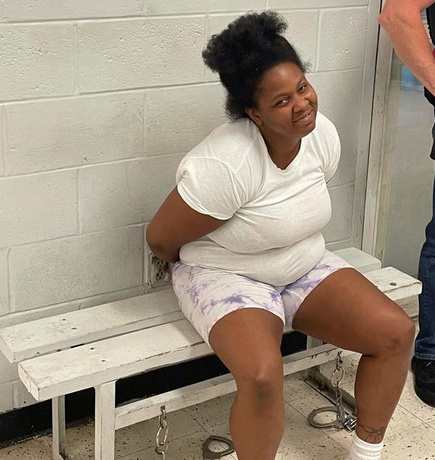 A woman on the run for her role in a murder case has been apprehended after commenting on the police department’s Facebook post asking about reward money for her arrest.

Last Wednesday, the police department posted about Lorraine Graves, who is indicted with being an accessory to a murder in March. The department was looking for information on Graves, who was believed to be involved in the murder of Eric Graves.

READ ALSO:Nigeria Govt Must Tell Us How It Arrested, Extradited Nnamdi Kanu – UK

Eric Graves was shot and killed at an apartment complex and two men had already been charged with his murder and arrested, the department said in their post.

However, the department was still looking for Lorraine Graves – and she ended up showing herself to them when she commented on the post saying, “Where’s the reward money at?” Graves, who was declared most wanted wrote.

The police department quickly took a screenshot of Graves’ comment, which received 37 replies before it was deleted.

Detectives with the fugitive warrants unit arrested Graves in north Tulsa over the weekend.  Her bond is set at $500,000.

How Sunday Igboho, Wife Were Arrested In Cotonou