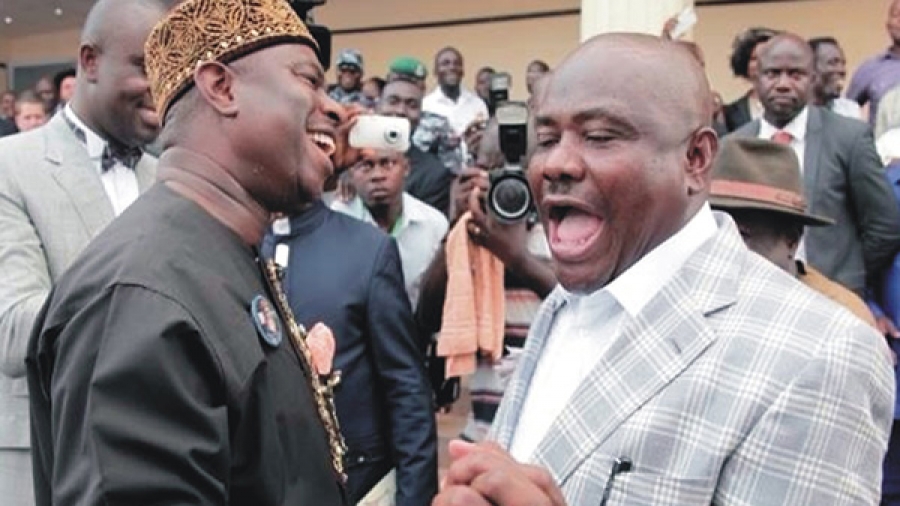 The Rivers State Government has alleged a plot by alleged detractors in the All Progressives Congress, APC to launch a media campaign to diminish what it Thursday claimed as the exemplary achievements of Governor Nyesom Wike.

The State Commissioner for Information, Paulinus Nsirim disclosed this in a statement made available to GreenWhiteGreen GWG.

Rivers State Government is aware of clandestine plans by the All Progressives Congress (APC) in Rivers State to use selected  media houses in the State to denigrate the government of Governor Nyesom Ezenwo Wike.

This is as a result of the intimidating sterling performance of Governor Wike in infrastructure, healthcare, education, agriculture, rural transformation, housing development, administration of justice, social welfare and  Sports development.

This orchestrated campaign spearheaded by a defeated and dumped governorship aspirant of the APC, Dr. Dakuku Peterside is designed to portray the government of Governor Wike as one that is not meeting the developmental aspirations of Rivers people.

However, the uncommon transformation of the 23 Local Government Areas as witnessed during the last six years of projects commissioning and flag off shows clearly that Governor Wike is actually meeting the yearnings of the people.

The fact that Rivers people that turn out en mass at the various projects sites to heartily welcome their beloved Governor and his guests drawn from all political divides is a clear indication that Rivers people can no longer be swayed by cheap politically induced blackmail.

The truth of the matter is that the APC government that boasted that Governor Wike will not see money to pay workers’ salaries and execute projects has been humbled by the revolution in governance currently witnessed in the State.

Instead of people like Dr. Dakuku Peterside and his acolytes to eat the humble pie, they are busy looking for cheap popularity through sponsored appearances in the media.

No matter how hard these distractors push their propaganda, Governor Wike will never be distracted in executing his social contract with the people of Rivers State.

In the next few weeks, more projects that have direct bearing to the lives of Rivers people will be unveiled.

Governor Wike’s promise to continue working as if this is his first tenure and not abandon any project remains sacrosanct.

Rivers people are watching those whose stock in trade is to dance naked and pray that they continue as merchants of mischief, falsehood and baseless allegations.

The people of Rivers State love Governor Wike whose outstanding achievements in salvaging the State from the dearth of basic infrastructural development required for speedy socio-economic transformation has received national and international applause.

Therefore, no amount of negative propaganda by the failed APC can diminish the legacy of Governor Wike in Rivers state.

Rather than launder the thoroughly battered image of the APC, such media appearances by Dr. Dakuku Peterside and his  cohorts will further expose APC’s penchant for lies and deception which is now a public knowledge.

“I have been there. And I make bold to say Governor Nyesom Wike, you are the best,” Dr.  Odili said.

Dr. Odili’s comment serves as an answer to those masquerading as informed commentators with puerile and suffocating commentaries.