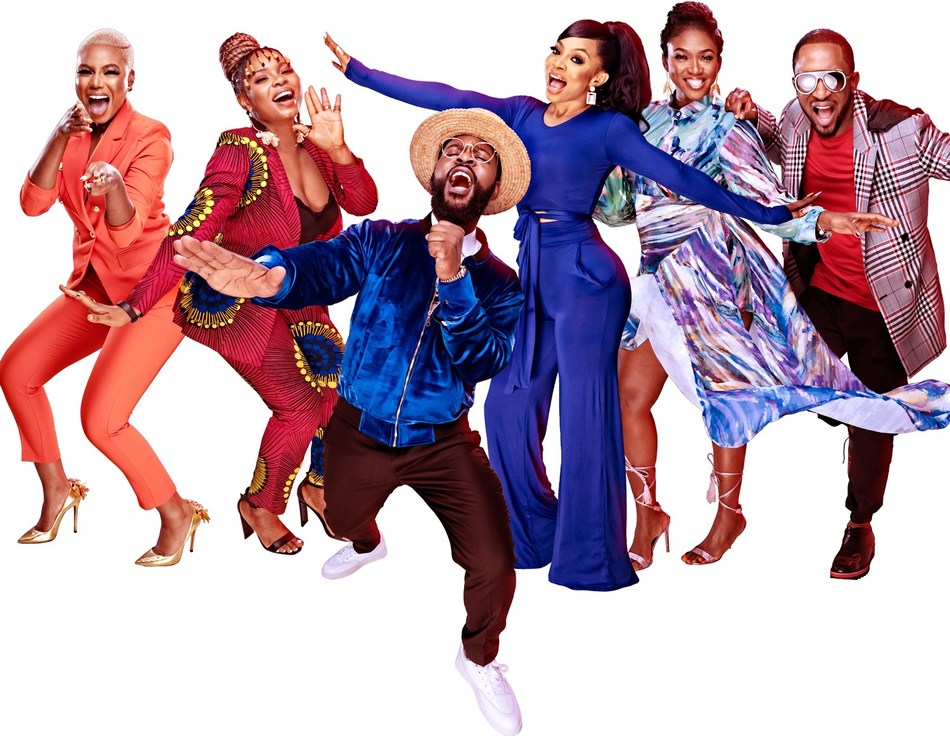 Late legendary Nigerian rapper, singer and lyricist, Olanrewaju Abdul-Ganiu Fasasi popularly called Sound Sultan who passed on July 11 was honoured with a medley performance of his songs by the celebrity coaches and their talents as a glowing tribute in recognition and celebration of his contribution to the music industry.

Sound Sultan, a highly influential but jovial and unassuming singer is renowned to have mentored many award-winning musicians and wrote many hit songs.

The grand finale of the Voice Nigeria Season 3 is billed for this weekend, with the top six talents seeking viewers and fans’ votes to win the N10m grand prize and other mouth-watering gifts.

Meanwhile, Episode 17 saw great vocalists Anu and Nuel Ayo exit the show while Naomi Mac, Esther, Dapo, Kitay, Kpee and Eazzie continued the race as the last six out of the 25 talents who scaled the

Auditions and started the contest.

Kitay in Team Yemi-Alade, Dapo and Naomi Mac in Team Falz, Eazzie in Team Waje with Esther and Kpee in Team Dare all survived by numerous votes from their fans.

The race to the finals of the Voice Nigeria season 3 continues to heat up as the six finalists gun for the N10 million cash, a car, and a record deal with Universal Music Nigeria.

During Episode 17 last weekend, the last six vocalists performed various songs and are hoping with their powerful performances to get maximum votes from fans for a chance to remain in the competition.

Esther opened the weekly show with a beautiful performance of Beyonce’s Love on Top, then Dapo with Michael Bolton’s When A Man Loves A Woman, followed by Kitay with Marvin Gaye’s Sexual Healing.

Naomi Mac sang Brenda Fassie’s Vuli Ndlela, Kpee with Fireboy’s Vibration while a very emotional Eazzie closed out with I’m Not Telling You by Jennifer Holiday before Host, Nancy Isime announced that Season 4 will be coming soon.

Episode 18 which comes up this weekend will have only four talents perform and fight for the grand prize via the highest viewers votes while the two talents with the least votes are dropped.

To keep their favourite vocalists on the show, viewers have to dial *894*7*talent’s code#.

The voting code of your preferred contestant to win the competition is in the embedded Instagram post below:

For over three months, with an electrifying mix of pulsating musical performances, music training, glamorous fashion and awesome entertainment, The Voice Nigeria 3 continues to dazzle to the very grand finale.

UN1TY Limited and Livespot360, producers of the global talents reality series, also emphasised that public voting has become very crucial at this final stage to keep participants on the voice Nigeria season 3, as sponsored by FirstBank, Baba Ijebu and Airtel.

Scores of vocalists have performed on the highly competitive musical TV reality series but dropped out going through the Auditions, Blinds, Knockouts, Battles and Live Show stages.

Whoever emerges as the winner will automatically make his or her coach the winning coach of the season. Waje, who has been part of the show since its inception, won the inaugural season.

Apart from versatile singers including Darey, Yemi Alade, Waje and Falz who doubled as both celebrity coaches and judges, Nancy Isime and Toke Makinwa, co-hosts of the show have added great colour to the third season.

The first season of The Voice Nigeria was broadcast on Africa Magic from April 10 to July 31, 2016.

The music reality TV show is designed to discover and promote talented singers to actualise their dreams of becoming international stars.

Lead show sponsor, First Bank in a statement by its Group Head, Marketing and Corporate Communications, Folake Ani-Mumuney, reiterated that The Voice Nigeria 3 is a Reality TV show designed to discover and promote talented singers to actualise their dreams of becoming international stars which aligns with First Bank’s commitment to providing a platform for nurturing and showcasing talents and driving social cohesion.

The Financial giant added that its support for The Voice Nigeria 3 is a demonstration of First Bank’s commitment to contributing to the projected revenue of US$86m by 2021 from Nigeria’s music industry aimed at promoting a diversified economy in line with the Federal Government’s diversification policy.

For more details on the show, do visit the Bank’s official website https://www.firstbanknigeria.com/the-voice-nigeria/