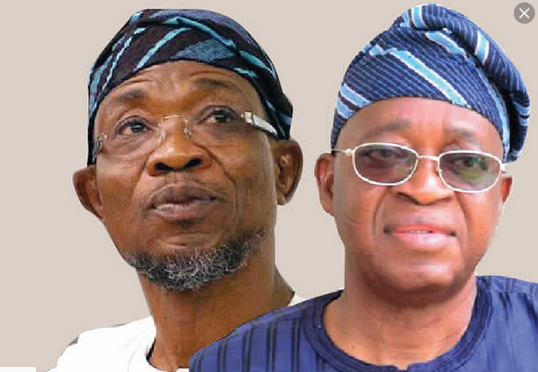 Governor Gboyega Oyetola of Osun State has finally admitted he has basic disagreements on principles with his predecessor, Rauf Aregbesola but that the issue between the two of them have been exaggerated.

Oyetola spoke during a programme on Rave FM in Osogbo.

GreenWhiteGreen GWG reports that Governor Oyetola who served as Aregbesola’s chief of staff when the latter was governor of Osun State have been recently reported to be in political combat for the structure of the All Progressives Congress, APC in Osun.

“Well like I said there is no rift actually. We are brothers, yes, you can say disagreement in some areas and it is not uncommon to have a disagreement in certain areas, perhaps on style and policies. We do not have issues,” Oyetola said on the relationship with Aregbesola.

“Even within the family you have issues to resolve, it is not a big deal. But people who want to feed fat on it exaggerates it.

On the Federal Government’s plans for grazing reserves, the governor said he was not aware of any grazing route in the state.

He added: “I don’t have anything to say about the statement of the President on grazing routes and reserve. I am not too sure we have grazing routes in Osun, I have not been able to confirm that we have.

“The position of the southern governors is a collective decision which I can’t say anything to the contrary,” Oyetola said.

When Is Amosun Visiting Tinubu In London?