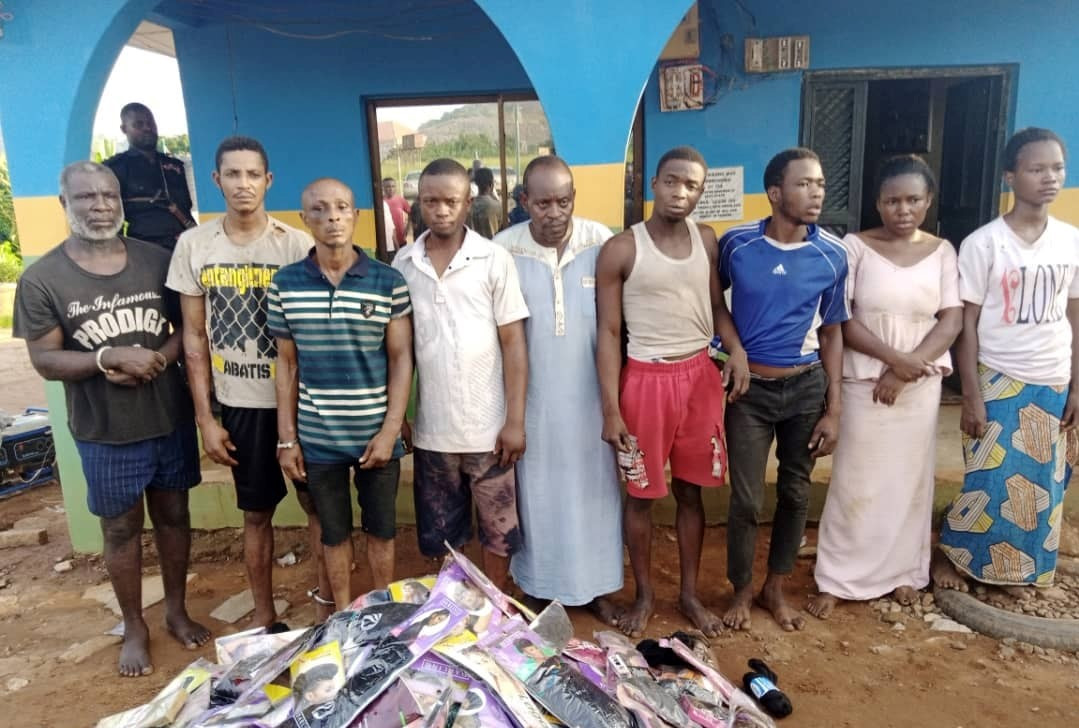 The police in Ekiti have arrested a lady, Sule Nana, for allegedly faking her kidnap to the intent of extorting N50,000 from her husband.

Spokesperson of the command, ASP Sunday Abutu disclosed this when the lady was paraded alongside other accomplices in the botched kidnap saga on Wednesday in Ado-Ekiti, the state capital.

According to him the lady opened up on how she lied about the kidnap to her husband following her arrest by men of the Rapid Respond Squad after thorough and intensive investigation.

The Police Public Relations Officer, PPRO, said that the RRS operatives on 20th November, 2021, got a distress call from Nana that she was kidnapped by unknown gunmen along Ifaki-Oye-Ekiti road.

“On 20/11/2021 at about 1030hrs, a distress call was received from one *Sule Nana* ‘f’ that she was kidnapped by unknown gunmen along Ifaki/Oye-Ekiti road alongside other passengers,” Abutu stated.

“She called her husband that the kidnappers were demanding for a sum of fifty thousand naira (#50,000:00) ransom before she could be released. The RRS Operatives, upon the receipt of the complaint, swung into action by combing the bush along Ifaki/Oye-Ekiti before it was later discovered that Sule Nana kidnapped herself to get money from her relatives. She has confessed to the commission of the crime.” he added.

On why she faked her kidnap, the lady said that it was meant to help her get money from her husband and relatives.

“I needed some money but I could not see any helper and I decided to plan my abduction where I will collect ransom. I called my husband to demand N50,000 ransom and in the process, I was arrested,” she said.