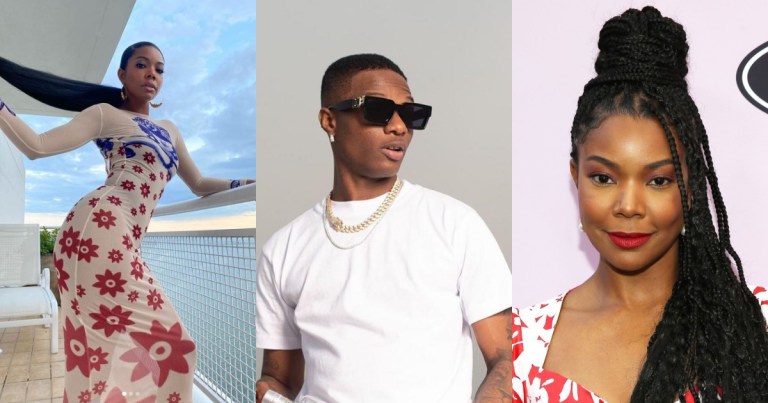 Popular Hollywood star, Gabrielle Union attended Wizkid’s ‘Made In Lagos’ concert in London on Sunday night at O2 Arena and chilled with the musician afterwards.

Recall that Wizkid made history after filling the entire O2 Arena with music lovers across the globe.

After the show had concluded, Gabrielle Union who had a very good time at the concert as she enjoyed back to back performances by Wizkid, linked up with him to exchange pleasantries and it appeared clearly that they are friends.

Hanging out with the ‘Fever’ hitmaker backstage, Gabrielle Union after hugging Wizkid congratulated him for a successful show and revealed plans to visit Nigeria.

She, however, indicated that when she comes to Nigeria, she wants full treatment during her stay.

The “Made In Lagos” crooner will be holding a 3-days concert at the O2 Arena in London and in a recent post, he promised his fans a once-in-a-lifetime experience. Wizkid according to stats is tied with the Mega-star, Beyonce as one of the fastest to sell out the O2 Arena.

A video currently making rounds on social media captured the thrilling and surprising moments the superstar made it rain thousands of money while giving a thrilling performance to his audience at the O2 Arena.