Tips To Financial Stability In 2022 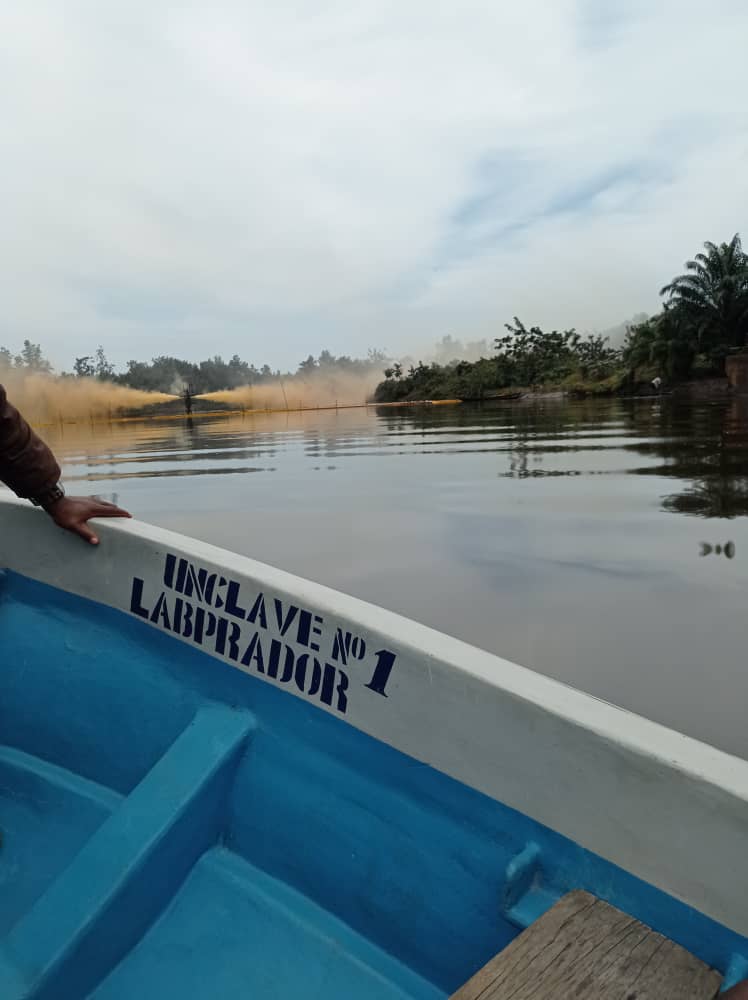 Aiteo Eastern Exploration and Production Company (AEEPCO) has said that the oil spill at its Oil Mining Lease (OML) 29 Wellhead at Nembe in Bayelsa has been contained substantially.

The OML 29 Wellhead in Santa Barbara South Field, which AEEPCO jointly owns with the Nigerian National Petroleum Corporation, which blew up on Nov. 3, is being pumped with chemicals to contain further leakage in “one or two days”.

Global Group Director/Coordinator for Aiteo, Mr Andrew Oru, said during a tour of the facility with reporters on Thursday that the spill was of a special type, a gas blowout, which involved 80 per cent gas and 20 per cent oil.

During the tour, which took both dimensions helicopter view and patrol boats along the waterways around the vicinity, it was easily observed that the oil spillage was minimal as it was effectively contained.

According to Oru, this is contrary to the impression that the entire environment has been seriously polluted.

“The reserve of the well itself is nowhere near two million barrels.”

Oru assured the people of Nembe community that everything was being done to prevent humanitarian or ecological disasters.

“I can tell you authoritatively that the pressure of the well has been substantially diminished already because all the chemicals needed to put the pressure under control are being fed in continuously and the pressure has started going down.

“This spill is a special type. It’s not just an oil spill, it’s a gas blowout, for whatever reason. There are two stages in containing it. The first one is to stop the gas leakage while the second is to fill the well.

“It is the gas leakage that engenders and creates room for some droplets of oil to escape with gas.

“The well is a gas well, 80 per cent gas and about 20 per cent oil; that is why it is relatively easy for us to contain the amount of oil that spills out.

“Ordinarily, if what is coming out now were oil, I can imagine that we will be needing Noah’s Ark by now.”

He noted that the heavy vegetation of the area by which oxygen was emitted in large quantities and which flowed freely as well had also help to absorb gaseous emissions.

“Critically, the pressure of the gas that is coming out has been almost completely extinguished and in one or two days maximum, I believe we will proceed further to begin the well-kill process,” Oru added.

Meanwhile, the company has donated five truckloads of palliatives, including food and medical supplies to Nembe community.

The items, received by the community’s leaders, were stored in the Opu Nembe Town Hall for onward distribution to fishing communities directly affected by the spill.

The Chairman of Opu-Nembe Council of Chiefs, Chief Ori Ekpeleyai-Oruwari, who spoke on behalf of the Nembe monarch, expressed his delight for the donations.

Ekpeleyai-Oruwari while speaking on behalf of the Amanayanbo of Opu-Nembe Kingdom, said he received the relief materials for the wellbeing of the community’s residents for the second time.

“For those who are directly impacted in the oil spillage from OML 29 at Santa Barbara we are indeed very grateful to Aiteo for bringing these relief materials to us,” he said.