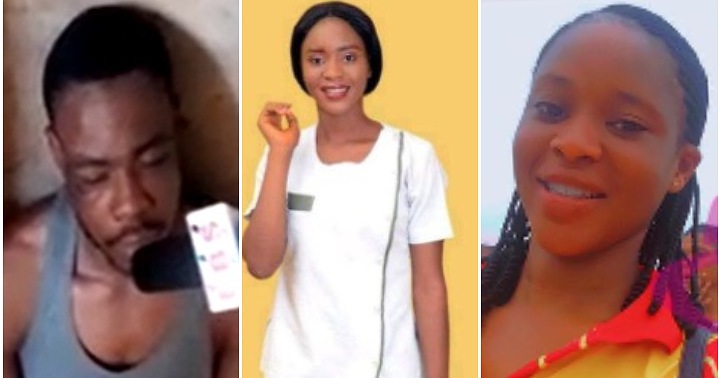 A 27-year-old man, identified as John Aipoh has been arrested by the police in Benin city, for allegedly killing his girlfriend, a final year undergraduate of the University of Benin Teaching Hospital, Benin following the break up of their relationship.

The deceased, a 24-year-old undergraduate simply identified as Precious was a final year Health student at the University of Benin Teaching Hospital before her death was killed allegedly after she called off their four year relationshi.

Sources reveal that Precious was declared missing earlier in May by her family when she went to church but didn’t return.

John Aipoh who has been named prime suspect for her death, confessed to ambushing the deceased and taking her life for ending their four years relationship.

He also took police investigators to where he deposited the victim’s body. The deceased’ cell phones were also found on him.

According to reports , before her death, the final year undergraduate had confided in her girlfriend stating that John might kill her for her decision to break up their relationship.

Precious’ body has been deposited in a mortuary and John is in police custody for further investigation.

The suspect is expected to be charged to court at the end of the police investigations.

Meanwhile, Nollywood actress, Mercy Johnson Okojie has said she has grown past the age of acting nude or romantic scenes in movies.

Mercy Johnson said this while speaking to Goldmyne TV where she said she is now answerable to so many people including her husband and kids.

The mother of four also said she does not want to embarrass her family in any way, hence the reason she stopped acting intimate romance scenes in movies.

“When I do that, what would the younger girls do? When you grow past a certain level, you try to go ahead and do better. For me, you don’t need people to tell you what’s right or wrong.