2023 Presidential Election: What APC Must Do To Win
Advertisement script async src="https://pagead2.googlesyndication.com/pagead/js/adsbygoogle.js"> 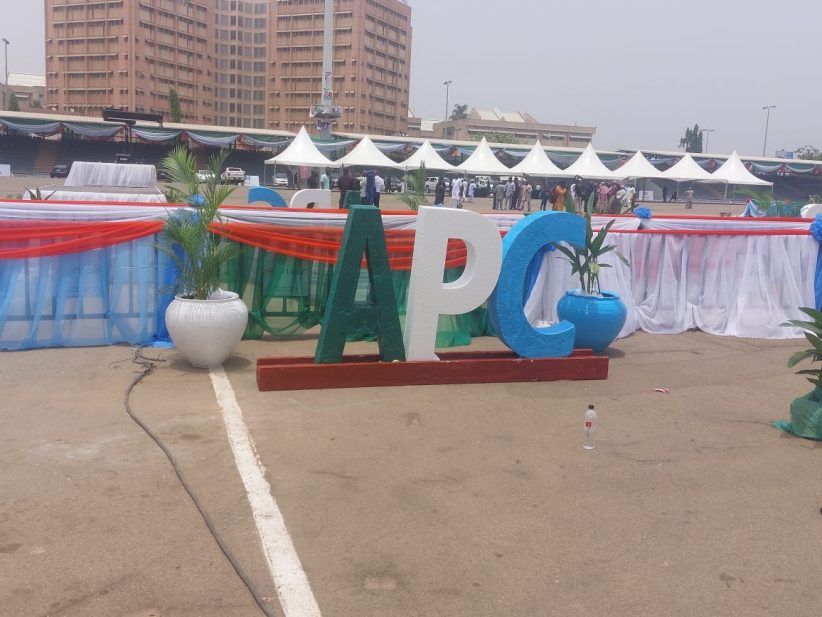 Based on permutations on ground and historical antecedence, Mr Ismail Omipidan in this review articulates what the ruling All Progressives Congress, APC must do in the choice of a presidential candidate for it to win the forthcoming polls.

Going by agitations from different quarters of the country for power to return to the South, many had expected that political parties particularly the two dominant ones – the All Progressives Congress (APC) and the Peoples Democratic Party (PDP) – would pick their presidential candidates from the Southern part of the country.

But against all expectations, the PDP jettisoned the clamour for power to return to the South, and on May 28, 2022, elected a northerner, former vice president Atiku Abubakar as its presidential candidate for the 2023 general election.

Recall that Atiku was also the candidate of the PDP for the 2019 presidential election which he lost to President Muhammadu Buhari. In that contest, Atiku ran with a South Easterner as his running mate. But this time, I can bet it that he is just waiting for the ruling APC to conclude its presidential primary before announcing his running mate for next year’s contest. This is why the APC must be extremely cautious in deciding who its presidential candidate will be.

If it goes North, Atiku will most likely settle for a South Westerner as his running mate. Once that happens, the race becomes tight for the APC. This is why the APC must pick its presidential flagbearer from the South West. If it does that, it will enjoy the support and backing of some PDP states in the South because the mood of the nation is that power should go to the South. Recall also that the position of the Southern Governors is that “power must return to the South.” And in going South West, as I suggested in my last piece, ‘APC presidential ticket: Memo to SW leadership’, it must take into cognisance alliances across the country, acceptability, capacity, competence and ability to deliver in deciding who picks the ticket.

The desire of every political party is to stay on top of its game. Like every party in power, the APC, which made history in Nigeria in 2015 as the first opposition party to dislodge a ruling party, would no doubt be desirous of retaining power after eight years.

But the opposition PDP too, which until 2015 was in power for 16 years, beginning from 1999, appears to be making frantic efforts to return to power. Therefore, APC must put on its Thinking Cap.

This will be the third time Atiku will be on the ballot for the presidential contest. The first time was in 2007. But he was only cleared to run barely 48 hours to the contest. His performance at the poll was abysmal. He had made three other unsuccessful bids to be on the ballot before he made it in 2019 and now again. The three bids include the contest for Social Democratic Party’s with Chief MKO Abiola and Ambassador Babagana Kingibe at the Jos Township Stadium in 1993.

As it does happen in the build up to every presidential contest, a few opinion polls have begun predicting the possible outcome of the contest following the alleged adoption of the incumbent President of the Senate, Ahmed Lawan as the consensus candidate of the APC.

The announcement, on Monday, June 6, 2022, no doubt left many chieftains and supporters of the party bewildered. This is so because it ran contrary to the position of President Muhammadu Buhari and that of 13 of the 14 APC governors from the North. In the days leading to yesterday, all they were concerned with was how to deal with getting a consensus candidate from the South, or better still, have all the aspirants from the South compete among themselves.

In the North, politics is like war. And in prosecuting it, religion and ethnicity play a major role. But once the leadership gives you their word, as they have done in the last seven days or so, you can take it to the bank. This was why they were able to deliver a Southern presidential candidate and a Christian twice ahead of their own in 2003 and 2011 respectively. And as things stand today, majority of them are more than willing to go South, especially the South West. This is why the stakeholders must take a decisive stand today about where its presidential candidate should come from if it must record a third straight win as predicted by President Buhari.

How APC made it in 2015: Historical Perspectives

Less than a year after Dr. Goodluck Jonathan emerged as President in 2011, politicians began re-aligning ahead of the 2015 polls. The major opposition parties in the country at the time all came together, two clear years before the polls to form the APC, with a view to forming a formidable front to battle with the PDP.

With the emergence of the APC then, cumulatively, the opposition party’s states rose to 11; one each in the South-East and South-South; five in the South-West, one each in the North-West and North-Central, and two in the North-East. But shortly before the elections, the tally increased to 16, as five other governors from the PDP joined the opposition APC.

APC went into the polls with South-West and North West as its strongholds, thus making the presidency a done deal for it, even before the contest. And in the end, it ended PDP’s 16 years hold on Nigeria. It also became the first win for an opposition party in the country’s entire political history.

To make it possible, all the South West states, but one, were delivered to the APC. The party also won in all the seven states in the North West, with Kano posting the highest figure of about two million votes. APC also made a surprise inroad into the Christian-dominated states of Benue and Plateau in the North Central.

President Buhari’s first entry into the presidential race was in 2003. But the first time he ever posed any serious challenge to the PDP was in 2011. In that contest, Buhari ran against Jonathan, a southern Christian.

In Kaduna for instance, in 2011, the contest was fierce. Although, Buhari eventually defeated Jonathan in that election in Kaduna, the margin was slim. While Buhari polled 1, 334, 244 votes, Jonathan polled 1, 190, 170 votes. But in the final analysis, Jonathan won the contest, beating Buhari in seven of the 19 northern states and the FCT. The states were: Adamawa, Benue, Kogi, Kwara, Nasarawa, Plateau and Taraba.

In 2003, which was the first time he was coming into the race, Buhari polled 12, 710, 022 votes against Olusegun Obasanjo of the PDP, who polled 24, 456, 140 votes. Buhari ran on the platform of the defunct All Nigeria Peoples Party (ANPP), which was in firm control of the North at the time.

However, in 2007, which was Atiku’s first time on the ballot, Buhari was PDP’s major challenger in that contest. Atiku was, however, not the PDP’s candidate at that time. Umaru Yar’Adua, a fellow northern Muslim from Katsina was the PDP’s candidate. In the end, Buhari only managed to poll 6, 605, 299 votes, against Yar’Adua who polled 24, 838, 063 votes.

Yar’Adua, who was rounding off his tenure as the Katsina governor at the time, also won in Katsina. However, when Buhari again squared up against Jonathan, a southern Christian in 2011, he recorded 12, 214, 843 votes. But Jonathan carried the day with 22, 495, 187 votes.

This feat can be replicated again in 2023, only if APC’s presidential candidate comes from the South-West. As it stands today, there is no aspirant from the North in the APC that can post the above kind of outing. But it has it in the South West. The APC must therefore choose wisely. I rest my case for now, while we all keep our fingers crossed and await the outcome of today’s contest.

However, to make the ticket double sure for the South-West, like I suggested in my previous piece, the region must find a way of going into this shadow election with a consensus choice.

Omipidan is a former Assistant Editor (Politics) with The Sun Newspapers.