Buhari Ignorant Of Terrorists' Plot To Kidnap Him Until I Told Him - El-Rufai
Advertisement script async src="https://pagead2.googlesyndication.com/pagead/js/adsbygoogle.js"> 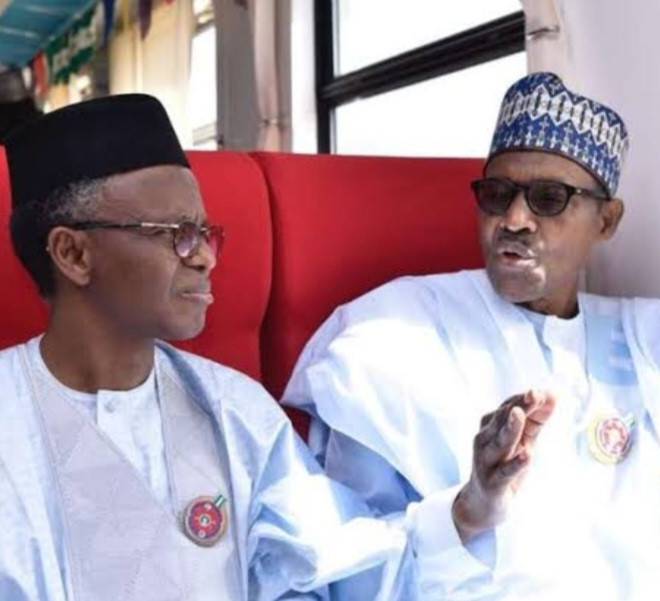 Governor of Kaduna State, Nasir El-Rufai has disclosed that he was the one who told President Muhammadu Buhari of the terrorists’ threat to abduct him.

In a video released last weekend, the terrorists who abducted some train passengers in March, threatened to abduct Buhari and El-Rufai.

Speaking on a Radio Programme on Wednesday night, the governor also said he himself had been warned to be careful including his family members.

He explained further that for the past five years he has been advocating for the bombing of terrorists camps wherever they are, saying it’s the only solution to the problem.

“I also heard about a video where they threatened to abduct Buhari and myself. I have been warned to be careful including my families too. How can we be in a country with soldiers, police and Federal Government but some terrorists will be threatening to abduct the president?

“‎If in the past those in government think this is a joke and see it as only happening in Katsina, Zamfara, Kaduna and Niger, it’s now at home and we must rise up to deal with these people. This is why I met with the president on Sunday and told him about these problems. I also told him about the video because up to that day he was not even aware. I told him and the following day Zamfara state governor, Bello Matawalle, also confirmed to him that he saw the video too so as to take action.

“The president assured me that he met with the service chiefs 3-4 days before our meeting and that he gave them a clear directive to have a comprehensive military operation to deal with those people. We hope, God’s willing the soldiers and police that were given the directives will hasten up to finish the job. We don’t have to wait until they (terrorists) strike before we respond.

“They (soldiers) must go after them wherever they are to deal with them. The truth is we are worried about the security situation but we hope the federal government will do the right thing, ” he said.