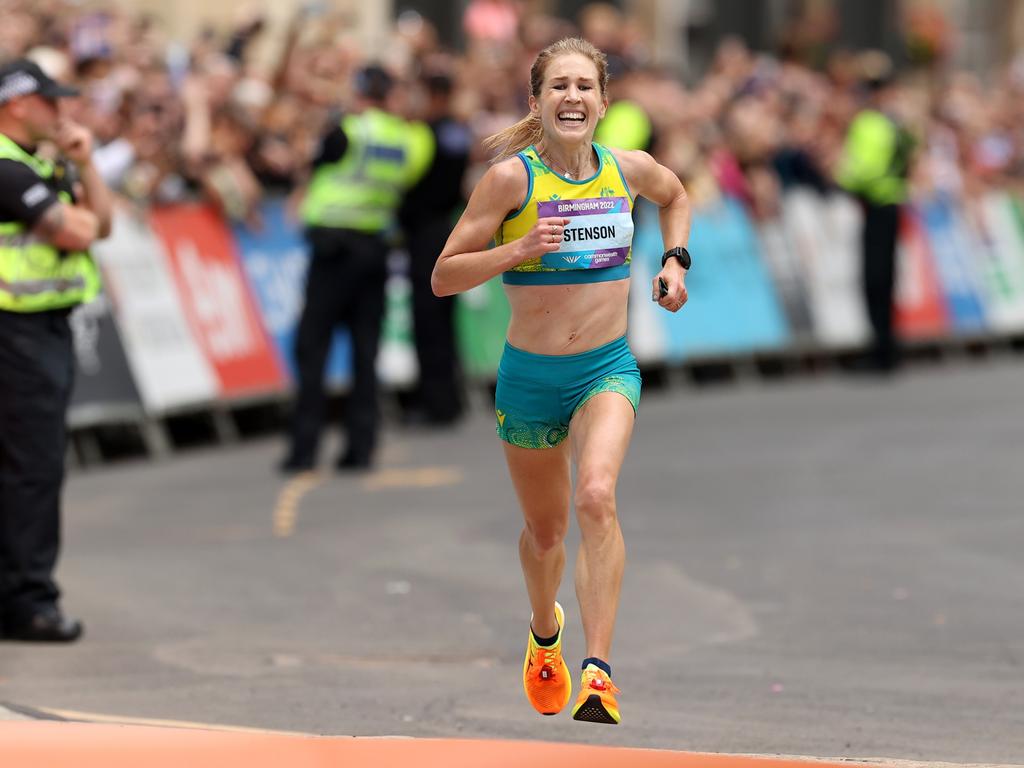 Jessica Stenson of Australia on Saturday put motherhood aside and became the first woman to win three successive medals in the female marathon event of the Commonwealth games.

After two successive bronze medals , the mother of one on Saturday beat the favourite African delegation to win the gold medal in the ongoing Commonwealth games holding in Birmingham; United Kingdom

Jessica Stenson won the gold in a time of 2:27:31 and she was followed by

The 34-year-old commonwealth champion spoke enthusiastically in celebration of mothers as she won her first Commonwealth medal as a mother.

“It’s been quite a journey to this start line. I mean, it has been for everyone. It’s been a really unique couple of years. I definitely think there’s something in that becoming a mum makes you stronger. I think both physically and mentally and emotionally. Go mums.”

She naturally drifted at the end of the race to celebrate with her two year old son, Billy and husband, Dylan.

Jessica Strenson was third finalist at the 2014 and 2018 Commonwealth games.