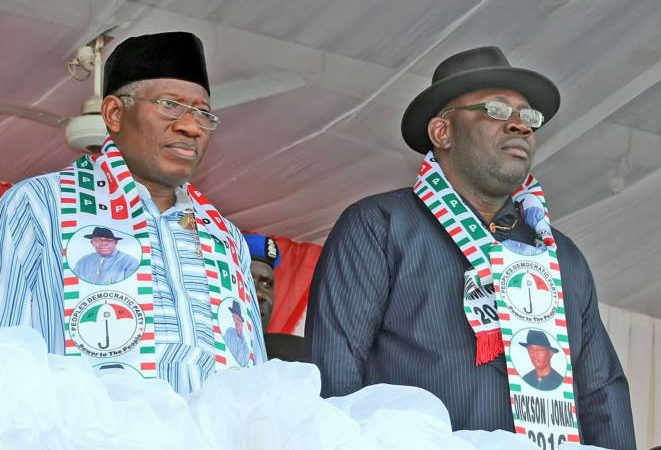 A major setback has hit the Peoples Democratic Party, PDP in Bayesla State as a strong member of the party in Nembe Local Government Area of the state, Prince Gabriel Jonah has defected to the All Progressives Congress, APC.

Prince Jonah who is the leader of the Otita Transformation Movement also known as the Otita Force Worldwide, and all its affiliate bodies, is also a younger brother of the outgoing deputy governor of the state, Retired Rear Admiral Gboribiogha John Jonah.

Prince Jonah who said his decision was personal submitted his letter of resignation to the PDP ward chairman before formally defecting to the APC.

He said he will work with the community leadership and relevant security agents to ensure a peaceful election come November 16th. He also advised youths to remain peaceful before, during and after the elections, saying if politics is a game, then there has to be fair play.

He however advised the leadership of the APC in the State to go and sleep as far as Nembe Local Government Area is concerned, assuring that because the APC has made the best choice by making Honorable David Lyon the party’s candidate, they won’t give the APC anything less than 95% of its total votes.

Trouble In Bayelsa APC As Aganaba Goes To Court