Serial Killer On The Loose In Rivers: Fifth Lady Killed In Hotel Room 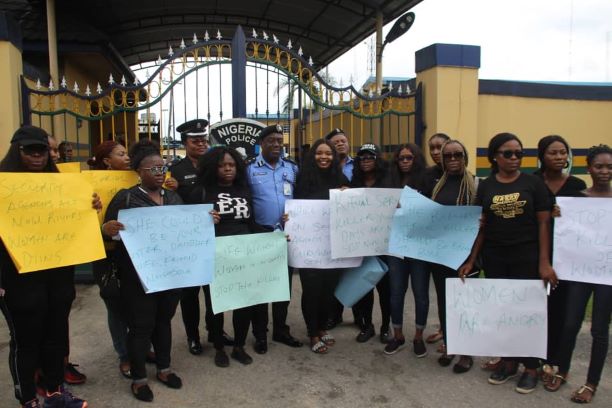 The police in Rivers State while confirming the incident have, however, yet to give details of the killing or the identity of the victim.

It is about the fifth murder with the same pattern. Like in previous cases, the lady was allegedly strangled while her clothes were minimally detached.

The Rivers Female Youths had on Friday carried placards to the state police headquarters demonstrate the spate of the killings alleging that a serial killer was on the loose in the state.

Convener of the protest march, Soibi Ibibo Jack said that the female youths were at the State Police Command  to demand  stronger measures  by the Police  to apprehend the killers.