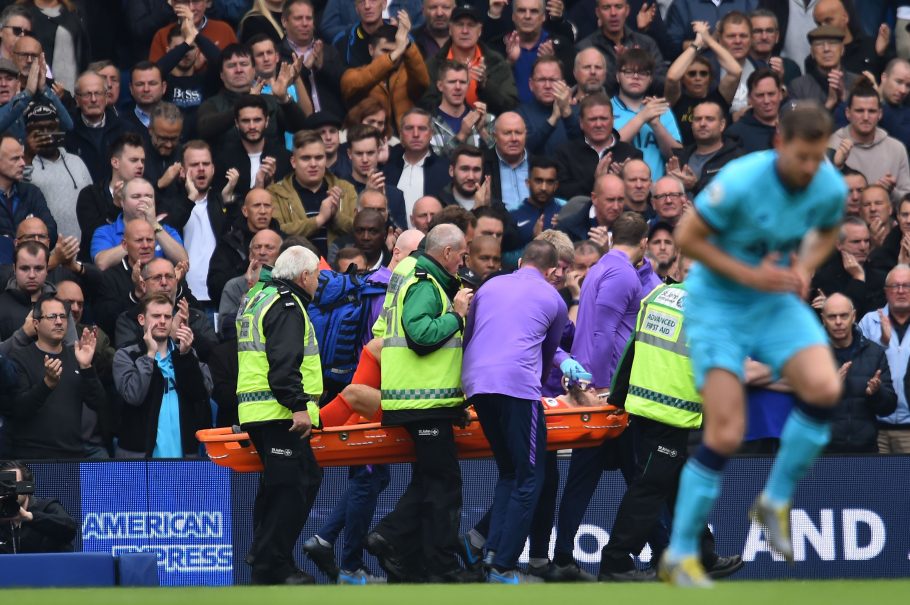 Tottenham goalkeeper Hugo Lloris was taken to hospital on Saturday after injuring his arm in the third minute in the game against Brighton & Hove Albion at the Amex stadium.

The 32-year-old Frenchman fell heavily into his goal as he tried to prevent Neal Maupay scoring after parrying the ball into the path of the Brighton striker.

In obvious pain, Lloris was treated for six minutes by medical staff before being taken from the pitch on a stretcher while being given oxygen.

“He is in the hospital now,” said Spurs manager Mauricio Pochettino. “There is no other news at the moment.”Spurs went on to lose the game 3-0.

“It was so early in the game. To concede so early and losing our captain, it had an emotional impact on the team.

“We tried to find solutions, a different way to play but it was impossible. It’s a very difficult moment.”

Abraham On Hand As Chelsea Humble Southampton At Home