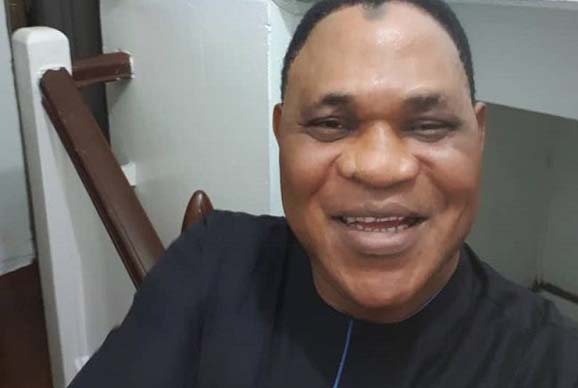 The Bello/Onoja Campaign Council in Kogi State has warned the candidate of the People’s Democratic Party to backtrack from what it described as his culture of violence and bloodletting.

The APC Campaign said that waging violence against the people of the state will not help the PDP’s “irredeemable electoral hopelessness”.

The Campaign Council through its spokesman, Mr Kingsley Fanwo frowned at the loss of lives and destruction of property that heralded “Wada’s one day in Kogi”, warning that “anyone that runs foul of the law will face the full wrath of the law no matter how high the person thinks he is”.

“We have viewed with sadness, the heartless, mindless, callous, soulless, uncharitable and needless loss of lives and property as a result of the violent entrance of Musa Wada into the State.
Kogi has moved away from thuggish and violent politics and any attempt to introduce that will be resisted by the peace-loving people of the state through constitutional means.

“A promising young man, Samuel Owoniyi who was riding on a motorbike was attacked and hauled to the ground by Wada’s thugs only to be crushed by a truck. The young Pastor who hailed from Mopamuro Local Government Area met his untimely death at the Zenith Bank Junction in Lokoja on Friday.

“The same thugs under the protection of the PDP candidate’s convoy also attacked a tricycle, leading to the death of one person while a nursing mother was severely injured.
“It is also on record that the Deputy Speaker Of the Kogi State House of Assembly, Hon Ahmed Mohammed and an APC grassroots mobilizer, Dr Usman Ogbo were also attacked during which their vehicles were vandalized and scores of supporters injured by the militants imported from the Niger Delta by Musa Wada.

“In the face of these glaring provocations, we urge our supporters to remain calm and avoid any form of reprisals. We are a peace-loving party and we know our record is enough to win the election overwhelmingly. Wada’s desperation stems from a sense of defeat and a scheme to ensure the election is postponed because he is unprepared.
“His glaring rejection across the state has reminded him of a new Kogi State where politically incompetent and unknown people can no longer play the ethnic card to hoodwink the people.
A new Kogi is built on the EBIGO Agenda which plays up the strength in our unity as against their divisive and retrogressive politics. For Musa Wada, it is obvious that the game is up.
“As a Campaign Organization, we welcome the prompt intervention of the Police who have taken a record of what led to the death of innocent Kogites by the thugs in the entourage of Engr Musa Wada.

We urge the Police and other security agencies to move a step further by ensuring the perpetrators of the heinous crime are brought to book to set a tone that Kogi election will be peaceful.
“As a party, we shall continue to maintain peace and order because winners don’t panic.
“To the families who lost their loved ones to the criminality that happened in the convoy of Musa Wada on Friday, we commiserate with them for the irreparable loss. May the souls of the departed rest in peace. And to those attacked and their vehicles damaged, we sympathize with them and assure them of protection from those who think they can build a ladder of blood to power”.

Fanwo commended Hon. Ahmed Mohammed and Dr Usman Ogbo for showcasing the “peace flag of the party by resisting possible reprisals by thousands of their teeming supporters in Ankpa”, urging other leaders of the party to always “rise above the pettiness and violence of the PDP to preach peace as the frustration of the opposition party is well understood as the gale of defections hitting the PDP in the State is enough to show the red light to the unknown and unprepared candidate of the party who has continued to display a lack of faith in himself”.