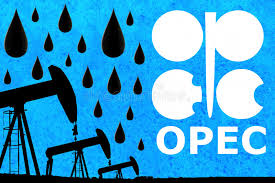 “Copper and aluminum traded very strongly in London and given the weakness we saw in manufacturing data last week that suggests that there’s some correction going on in industrial commodities generally,” said Michael McCarthy, chief market strategist at brokerage CMC Markets in Sydney.

“We’re at the lower end of the trading range, some of those moves have taken some traders by surprise. That means the risks have flipped to the upside at least in the short term.”

Investors are treading cautiously before U.S.-China trade discussions that will take place in Washington on Thursday, although expectations are low for a comprehensive deal that will end a trade war between the world’s top economies.

“While it’s virtually impossible to predict with any confidence how these trade talks will unfold, oil prices could be in for a sustained rally if the U.S. tariffs were to be put on hold indefinitely, which could see some of the braver at heart support dips,” Stephen Innes, Asia Pacific market strategist at AxiTrader, wrote in a note.

Protests in Iraq and Ecuador over poor economic conditions are threatening to disrupt output from the members of the Organization of the Petroleum Exporting Countries, OPEC.

The death toll has climbed after a week of unrest in Baghdad, capital of the second largest OPEC producer.

In Ecuador, protests against austerity measures could reduce the Andean producer’s crude output by 59,450 barrels per day, the country’s energy ministry said late on Monday.

Ecuador, one of the smallest OPEC members, is pulling out of the bloc next year because of fiscal problems.

Separately, Russia, the world’s second-largest oil producer, has joined the ranks of swing producers as it could increase production fairly quickly by 0.3-0.5 million barrels per day, or 0.3-0.5 per cent of global supply, if Saudi Arabia’s production problems were to last longer than expected, Russian Energy Minister Alexander Novak told Reuters.

Saudi Arabia, the world’s top oil exporter, has resumed production after an attack on its facilities on September 14 cut its output by half.