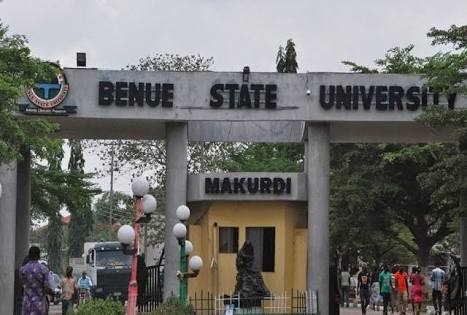 A Makurdi Magistrate’s Court heard on Wednesday how a university undergraduate was found in possession of 16 different ATM cards during a routine school examination.

Justine Akura, a 22-year old student of the Department of Guidance and Counseling/Social Studies, Benue State University (BSU), however, could not take his plea when he appeared before the court.

Akura was charged with criminal conspiracy and being in possession of 16 ATM cards suspected to be stolen, contrary to Sections 97 and 318 of the Penal Code Laws of Benue, 2004.

The prosecutor, Mr Omaye Ojata, told the court that on Oct. 31, 2019, a letter to hand over a suspect was received at the office of the Benue Commissioner of Police, from the security unit of BSU.

Ojata quoted the letter as saying that Akura, a 300 level student of BSU, was arrested with 16 ATM cards of different banks with different names, in an examination hall.

The letter further said that when the accused person was questioned, he could not give satisfactory account of the ATM cards.

The Prosecutor said that the accused person confessed, during Police investigation, that he had been sending the ATM cards to one Ayo James (now at large) who lives in Kaduna, who uses them in committing series of crimes.

When the case came up for mention, the accused person could not take plea for lack of jurisdiction of the court.

The Prosecutor informed the court that investigation into the matter was ongoing and asked for an adjournment.

The Magistrate, Mr Peter Chaha, granted bail to the accused person in the sum of N200,000 and a surety in the same amount.