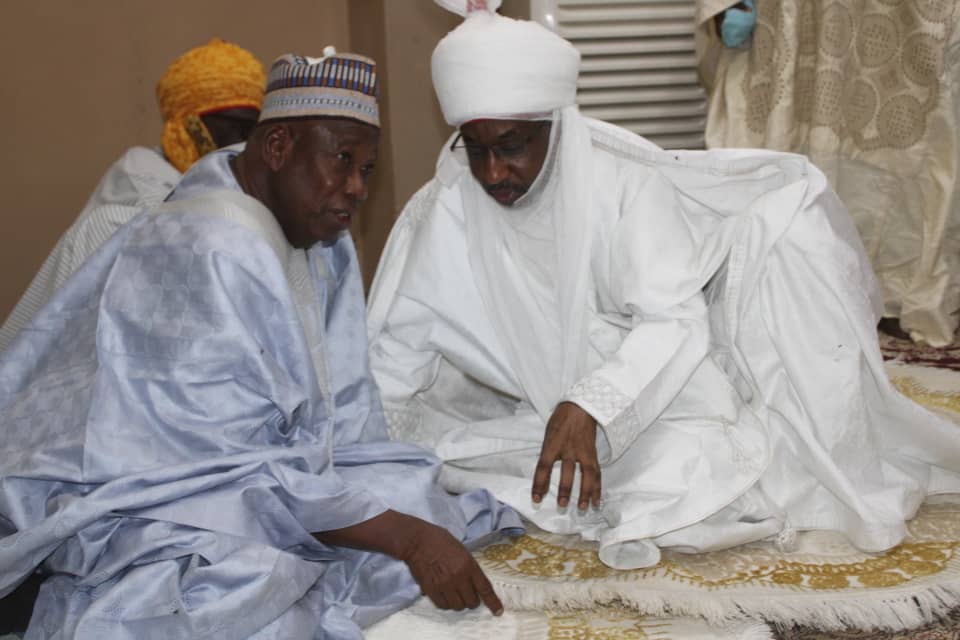 Governor Abdullahi Ganduje and the Emir of Kano, Alhaji Muhammadu Sanusi have agreed to a temporary truce including refraining their supporters from attacking one another on social and conventional media.

The truce was agreed following the intervention of a committee of a ten man committee of some of the country’s leading elder-statesmen led by former Head of State, Gen. Abdulsalami Abubakar.

The committee it was gathered is working with the understanding of the Federal Government towards putting a permanent halt to the war of attrition between the governor and the emir.

Sheikh Sharif Ibrahim Saleh and Dr. Adamu Fika who is the Secretary.

Disclosing the emergence of the committee and the resolve towards a temporary truce in a statement on Monday, Fika said:

“Against the background of the crisis in Kano, a matter that has since degenerated into serious tension within the State, with likely consequences on peace and security with the possibility of spilling into neighbouring states, a group of elders, under the chairmanship of General Abdulsalami Abubakar, GCFR has been formed to intervene in the crisis, with a view to bringing about, full reconciliation, and effective resolution of the matter.

“The committee is working with the full understanding and cooperation of the Federal Government and initial contact has been made with His Excellency the Governor of Kano, Dr. Abdullahi Umar Ganduje, as well as with His Highness the Emir of Kano, Sarki Muhammadu Sanusi II.

“They have each confirmed to holdback from taking any further actions until the committee has fully undertaken and finalised this exercise of reconciliation and resolution.

“Similarly, they each has respectively undertaken to call on all their supporters and sympathisers including social media operators to refrain from making statements, declarations, songs, articles, blogs and all actions inimical to the spirit and process of good governance, order and reconciliation. We call on everyone to hearken to the call of their principals.”