US Ambassador's Visit To Buhari Was Not Reason For Sowore, Dasuki Release - Malami 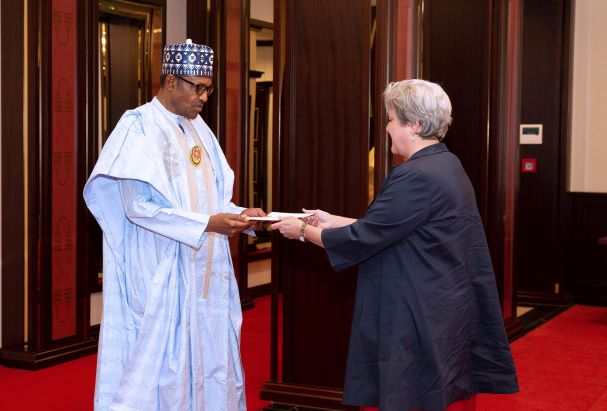 Abubakar Malami has denied claims that the Federal Government was pressured into releasing the pair of Sambo Dasuki and Omoyele Sowore from four years and five months of detention respectively.

The Attorney-General of the Federation and Minister of Justice, in interviews with the BBC Hausa Service and Voice of America (Hausa Service) said the administration acted on compassionate grounds in releasing the two men.

He also affirmed that Shite leader, Sheikh Ibraheem El-Zakzaky could not benefit from the Federal Government’s compassion because he is being prosecuted by a state government.

A press statement issued by his media aide, Dr. Umar Gwandu on the interviews read thus:

“The only reasons for the release of Omoyele Sowore and Sambo Dasuki revolved around our commitment to the rule of law, obedience to court orders and compassionate grounds”

“It is important to understand the fact that as far as the law is concerned and in relation to the Nigerian justice system, one has multiple options after a court has ruled on a matter”.

Against the background of claims that the new United States ambassador to the country Mary Leonard read the riot act to President Muhammadu Buhari while presenting her letter of credence, Malami said that there was nothing of sort.

He also denied claims that he received warning letters from members of the United States Senate to release the detainees.

“Even if we received any communication from them, that will never be the basis on the part of the Federal Government to obey or disobey court orders emanating from Nigeria”, he said.

“The time has now come for Sambo Dasuki and Omoyele Sowore to also enjoy bail based on the merit of their individual cases. They were charged based on their individual cases, taken to court, granted bail and now have been released. All the individuals involved were treated fairly and justly; they were taken to court, enjoyed the court’s favourable discretion and they were all released,” he said.

Wike: I Have No Anti-Ijaw Agenda