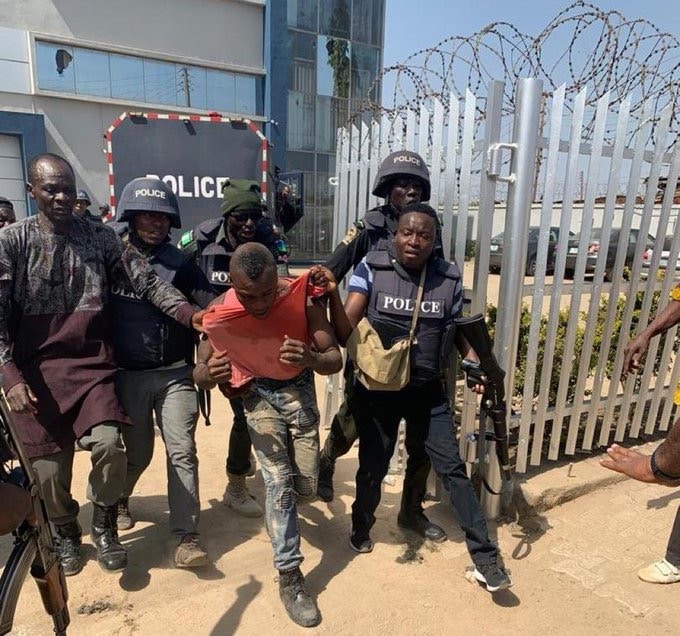 Normalcy has been returned to a first-generation bank located in Mpape, a suburb of Abuja after a four-hour showdown between five armed robbers and security forces in the federal capital.

In the end, one of the armed robbers was shot dead while four of the robbers were apprehended after being surrounded by police, soldiers and operatives of the Department of State Services, DSS.

The five armed robbers according to sources had invaded the bank sometime around 10.00 a.m. with some staff of the bank inside.

They were said to have held the staff hostage.

The police which responded to a distress call shortly after leading to the robbers being trapped inside the bank.

Not long after, a detachment of armed soldiers arrived to supplement the police putting the robbers into disarray.

In the resulting firefight, one of the robbers was shot dead while the four others were apprehended.