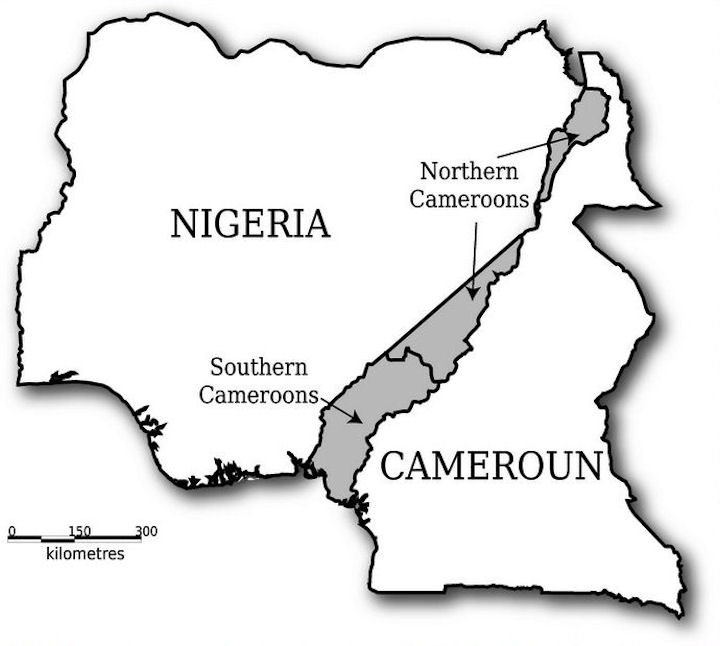 The National Boundary Commission (NBC) has described as false and without iota of truth media reports that Nigeria based on a purported United Nations (UN) arrangement will cede 24 councils.

The reports coming from especially the social media said the 24 council’s from among some States in Nigeria are to be merged with other territories in the Republic of Cameroon to form a new state to be known as Ambazonia or UNO State.

The NBC in a statement signed by the Ag. Director-General, Surv. Adamu A. Adaji, said the reports are very misleading, mischievous and capable of causing panics in the minds of right thinking Nigerians.

“The National Boundary Commission wishes to make it categorically clear and in unambiguous terms state that there is no truth whatsoever in the report and that there is no arrangement among Cameroon, Nigeria and the United Nations to form any new state from the territories of Nigeria and Cameroon,” the DG said.

“For the avoidance of doubt, the Constitution of the Federal Republic of Nigeria had made its territorial boundaries as defined by the delimitation instruments as at the time of independence sacrosanct and not amenable to any form of modification, alteration or adjustment as it is meant to exist as one indivisible nation.

“As an update on the Cameroon-Nigeria international Boundary, it can be recalled that the boundary dispute, which culminated into the arbitration by the International Court of Justice (ICJ), was settled with the judgment on 10th October, 2002. The boundary dispute that was originally largely on the sovereignty over Bakassi Peninsula was decided with respect to the entire length of the over 2000Km stretch from the Lake Chad Region in the North to the Bakassi Peninsula in the South and a maritime boundary in the Gulf of Guinea.

“To implement the judgment of the ICJ, Mr. Kofi Annan, Secretary General of the UN met with the President of Cameroon, H.E. Paul Biya and former President of Nigeria, H.E. Olusegun Obasanjo in November, 2002 and worked out modalities on the best ways to achieve the desired result. One of the decisions was to constitute the Cameroon-Nigeria Mixed Commission (CNMC) to drive the process. The Mixed Commission had its maiden meeting in Yaoude, Cameroon in December, 2002 during which programme of activities including constitution of Sub-Commissions to implement each of the activities were constituted.

“The CNMC is expected to amongst others protect the rights of the affected populations and demarcate and delineate the Land and Maritime boundary respectively between the two countries in accordance with the ICJ judgment,

“To ease its work, the CNMC established Sub-Commissions to handle the various facets of its assignments as follows:-

“In addition to the Sub-Commissions, other Committees established included:

“All the various Sub-Commissions and various Committees have since completed their assignments except the Sub-Commission on demarcation.

As an update, the Sub-Commission on demarcation has constructed a total of 1,344 International Boundary Pillars along the Nigeria-Cameroon boundary between 2009 to date. There are approximately 1,354 remaining pillars to be built.

“As it is presently, Their Excellencies, President Muhammadu Buhari of Nigeria and President Paul Biya of Cameroon have approved and remitted sum of $6million to the Trust Fund Account on the Nigeria-Cameroon Boundary Demarcation exercise domiciled with the UN Headquarters in New York to further support the continuation of the demarcation exercise. The United Nations Procurement Department is on the verge of awarding contract on Lot 5 for the construction of additional 355 pillars along the Gotel Mountains of the Nigeria-Cameroon International Boundary, which is scheduled to commence as soon as the two countries have finalized security and safety arrangements, agreed upon at Geneva in 2017.

“Nigeria and Cameroon have since outlived the dispute and have in the spirit of African brotherhood collaborated in trans-border activities for the benefit of the populations living along their common boundary.

“The National Boundary Commission wishes to call on the Nigerian Press Council and the Federal Ministry of Information and Culture to investigate the reportage with a view to sanctioning the culprits. It was quite unfortunate and sad that the purveyors chose to deliberately cause the unnecessary anxiety and panic instead of first verifying the authenticity of the story.

“It is important to also confirm that the United Nations has since confirmed that it was indeed a fake Report and reiterated that the UN does not and cannot create any State or alter the boundaries of any nation.”