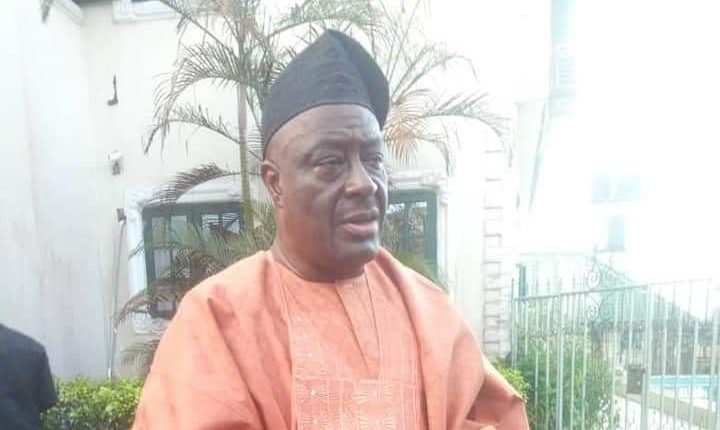 Former Minister of State for Education, Olorogun Kenneth Gbagi, has expressed shock and despair over the death of Hon. Joyce Overah, a Commissioner on the board of the Delta State Oil Producing Areas Development Commission (DESOPADEC).

While commiserating with stakeholders and the family, Gbagi lamented the resort to diabolism by some politicians for ascendancy as he accused a serving commissioner in the state of wielding diabolical powers.

Overah, a key stakeholder in the Peoples Democratic Party, PDP in Delta State, was reported to have passed away in Sapele on Tuesday, June 9, 2020, after a brief illness.

He represented the Urhobo ethnic nationality of Sapele, Ethiope West and Okpe Local Government Areas, on the board of DESOPADEC.

Gbagi, in a statement he signed and released to the media on Wednesday, said Delta State has lost a quintessential, trustworthy and dignified member of the PDP.

He lamented that the party had since 1999 lost staunch members under questionable circumstances, which he attributed to diabolical ways.

The former Minister advised politicians in the State to seek God’s guidance and protection ahead of the 2023 General Election.

“I am shocked by the news of the death of one of the most gentle, honest and dignified members of the PDP in Delta State, Joyce Overah.

“Since 1999, we have lost great sons and daughters who were die-hard supporters of the PDP to sudden and questionable death.

“I commiserate with the Delta State Governor, the State Government, the Peoples Democratic Party and the Overah family.

“My prayers are with the Overah family for God to comfort them. May the gentle soul of Joyce Overah rest in the blossom of our Lord,” former Minister said.

Gbagi bemoaned the resort to diabolical killings in Delta State politics, calling for an end to such killings.

He said, “Life as it is belongs to God, and whoever attempts to take the life of another will have his life cut short by God. Those who live by the sword will die by the sword.

“The diabolicalness in Delta State politics is laughable and shameful. I had an experience in connection with a serving Commissioner who attempted to use ‘otishe’ (diabolical power that causes one to fall and die) to hit me at a meeting we held with the party Chairman in Ughelli South local government last year.

“As we draw close to electioneering year, people must get closer to God and look up to him for protection. We must liberate Delta State by ensuring that the system provides gainful employment for the youth.”