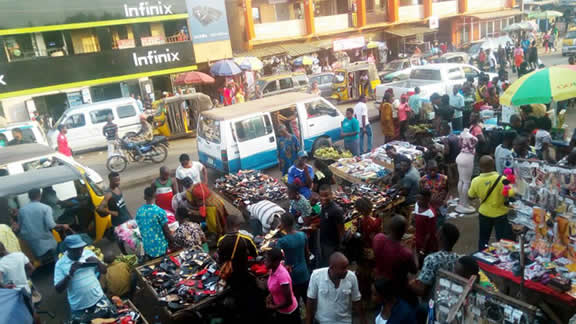 The FRSC official told the News Agency of Nigeria (NAN) in Awka that the tipper had break failure and the driver lost control of the vehicle.

The commander said the accident occurred at about 5.46 p.m. on Tuesday.

“The crash which was caused by brake failure and loss of control involved a Mercedes Benz tipper with registration number XA44NSK.

“It was gathered that the driver of the tipper lost control of the vehicle after the brakes failed and in the process rammed into people.

“A young female lotto attendant together with another male victim were confirmed dead by doctors at Toronto Hospital, Onitsha where the victims were rushed to by the FRSC rescue team from Upper-Iweka Outpost.

The Sector Commander expressed condolences to the families of the dead and wished the injured victims quick recovery.

He also urged vehicle owners and drivers, especially, articulated vehicles, to always ensure that their vehicles were checked and serviced regularly, especially, their brake systems, before embarking on any trip.