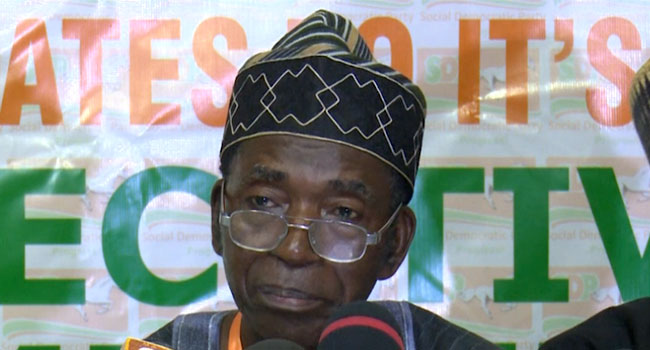 What are revealed by the searchlight over our polity are alarming and call for caution. We are living in interesting times which are also very dangerous times. General insecurity presently defines our environment and collective existence. In the midst of this, three issues stick out that must be addressed as part of national emergencies.

The endless chain of crises being orchestrated by some key players in the political class, the raging COVIC – 19 Pandemic, and the national debt crisis.

It is a big shame  that after decades of attempts at democratic renewal, some politicians are bent on setting Nigeria on the path of retrogression. The perennial cycle of conflicts and confusion is morphing into a multi-level crisis that has engulfed the ruling All Progressives Congress (APC), and compounded its precarious state of affairs, should be of genuine  concern to true democrats and patriots.

Indeed, Nigerians across the divide are increasingly anxious about the prevailing grave situation which, if not quickly arrested, portends further chaos in the APC and great danger to democracy.

Mindful that party politics centre largely around the effective management and resolution of crisis, as well as the need to achieve right balancing of interests and tendencies, the ongoing imbroglio which the party in power has self-plunged, which though is not totally unexpected, has come as a surprise to Nigerians generally at this critical time.

Notwithstanding the defects characteristic of the party, it behooves on all Nigerians to take more than a passing interest in the unfolding ugly development which is sadly taking a dimension of national embarrassment.

This is more so, considering the larger implications on the polity, if the smouldering fire of the crisis is not put off and is allowed to snowball into a full-blown political conflagration.

It is in the light of the foregoing, and conscious of the dangers that the unsavoury situation in the ruling party portends for the nation, that the Social Democratic Party (SDP) is calling for caution and strongly calling on the dramatist persona in the leadership saga as well as the entire nation’s political class to always act as patriots and democrats.

We must cautiously navigate the dangerous contours along the lanes of the  democratic process so as to strengthen the relevant institutions, consolidate democracy and let the country be stable and on the path of sustainable development.

To prevent a shipwreck of our hard-earned democracy at this critical juncture of our national life also requires that we  confront the other threats of worsening insecurity and dwindling economy in the face of serious public health crisis occasioned by the ravaging Covid -19 pandemic.

It is true that the rising poverty and  declining well-being of the citizenry, among other national challenges, are making many Nigerians lower their guards while some States are considering some compromise regarding Protocols expected to be adhered to.

We appeal to the States concerned and the Federal Government to please save the people of Nigeria from the possible disaster of self annihilation if necessary protocols are  not  enforced against the spread of the deadly virus.

As we face the crises in the political and health sectors, the economy should also be tackled. One of the critical areas is the debt issue. Our  national expenditure framework and fiscal strategy have become more worrisome than ever before.

If there is any doubt that we are in in a serious fiscal crisis,  the fact of our incredible indebtedness in relation to revenue, servicing debts ( and paying interest charges ) and being unable to pay the debts,  are enough signals that we are marching toward insolvency. It is time to wake up, open our eyes and stop the endless borrowing. We must  realistically adjust state and national budgets as dictated by the realities of today.

In rounding up, we wish to emphasize the issue we started with. The political class must not toy with Nigeria’s democratic renewal.  The right of Nigerians to choose their leaders and those who will govern them, being one of the most visible features of democracy, should never be compromised.

Finally, the ruling party should rise up to its responsibilities, get its acts together and squarely face the task of governance, unite the country, redeem the nation from its current slide and deliver acceptably on its mandate. In concrete terms, APC must deliver on its promises to significantly bring about an improvement in the conditions of Nigerians and make the country better than they met it. Nigerians do not expect anything less and they deserve no less.

APC At Crossroad – Are There Leaders Or Blacklegs?