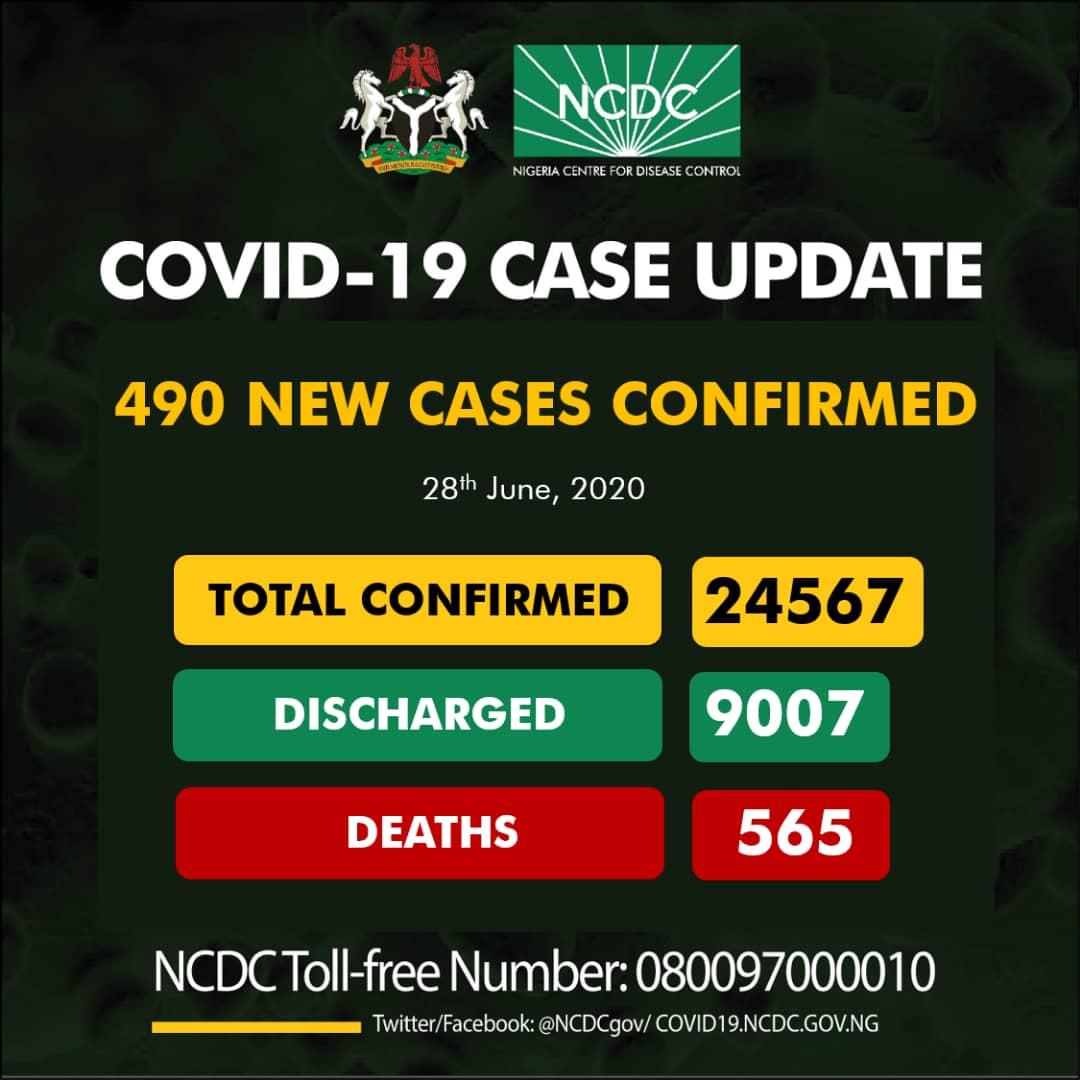 Nigeria on Sunday recorded 490 new cases of COVID-19 in 20 states, bringing the total number of infections in the country to 24,567.

The Nigeria Centre for Disease Control (NCDC) made this known via its Twitter handle late on Sunday.

The health agency said that no new state reported a case in the last 24 hours.

Delta State where the authorities have demonstrated a particularly robust response to the pandemic has, however, continued to witness strong manifestation of the disease. The governor of the state, Dr. Ifeanyi Okowa who has led the response, himself being a medical doctor is presently in isolation following the positive confirmation of his daughter.

The Secretary to the State Government, SSG Cheidu Ebie and the commissioner for information, Mr Charle Aniagwu are also in isolation following positive tests.