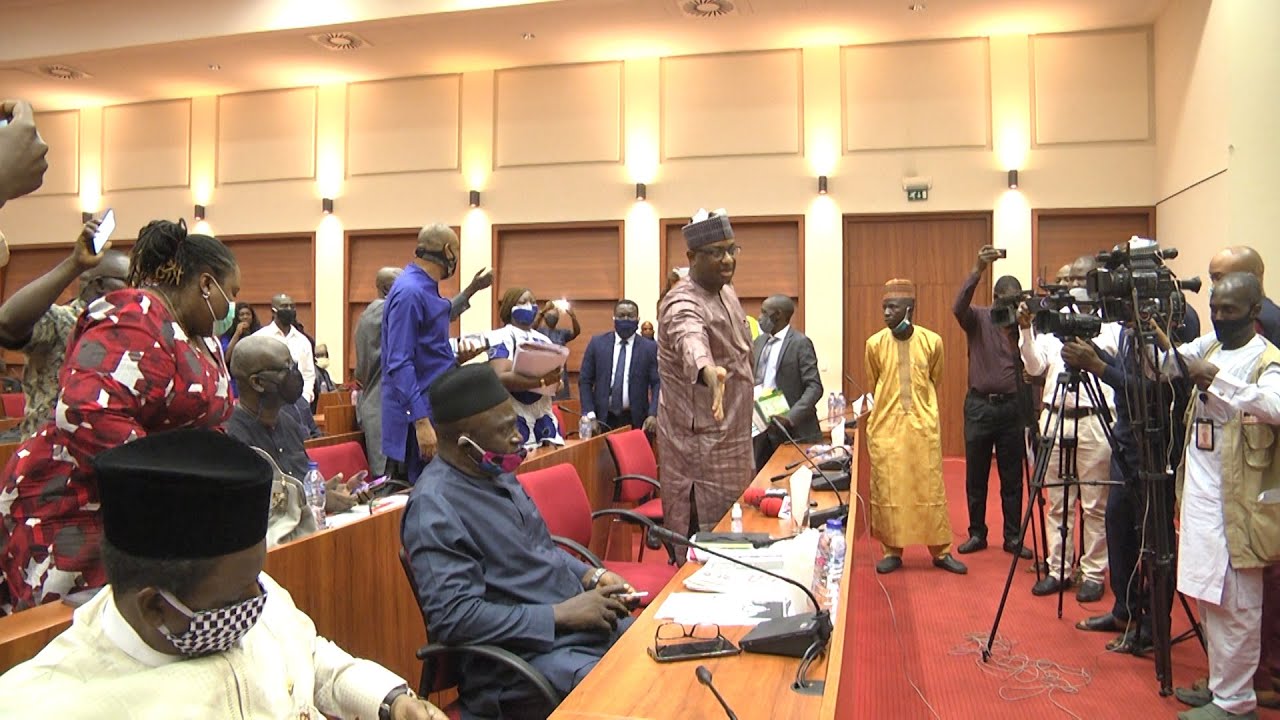 Those in the know allege that Mr. Festus Keyamo belongs to the Mallam Nasir El-Rufai tendency in the ruling All Progressives Congress, APC.

That is perhaps the first nexus between the two men who have carved a special niche in relationships between the executive branch of government and the legislature.

We, however, do know that the national leader, Asiwaju Bola Tinubu on Thursday night played down the issue saying that there was no crisis in the party.

His assertion nonetheless, Keyamo was perhaps still in battle mood when in his official capacity as the minister of state, Labour, Employment and Productivity interacted with the joint National Assembly committee on Labour last Tuesday.

The outcome of that interaction was that Keyamo called the bluff of the legislators right inside the National Assembly Complex.

Only few political office holders have publicly dared the National Assembly in the way that Keyamo did since that eventful 2003 tirade by El-Rufai.

In 2003 El-Rufai had called out two senior senators for allegedly demanding N50 million bribe from him to facilitate his confirmation as a minister. Folklore then was that ministerial nominees had to water the ground for their Senate confirmations. But El-Rufai bucked the trend.

The two, Senators Ibrahim Mantu and Jonathan Zwingina were never indicted by any panel. However, suffice it to say that neither man ascended beyond the offices of Deputy Senate President and Deputy Majority Leader that they respectively occupied after that remarkable episode.

Then, the crux of the matter was a N50 million bribe.

17 years after, what is now an issue is the allegation that senators and members of the House of Representatives are rushing for N20,000 job programmes earmarked for 1,000 persons per local government in the country.

First, it speaks well of Nigeria’s depiction as the world capital of poverty for a government to earmark N20,000, that is $51 per month as entitlement to a worker for a relief programme.

It is indeed, a violation of the Minimum Wage Act that prescribes N30,000 as the minimum pay for big organizations covered by the Act.

As a relief package that is supposed to boost the economy, the money should have been even higher to act as an incentive.

However, that the legislators decided to pick a fight with Keyamo exposed their sense of judgment given the faceoff between the National Assembly and El-Rufai 17 years ago.

It perhaps may underscore what your correspondent heard recently about bribe seekers in some government organizations who now have the boldness to issue receipts for bribes collected!

It was as such surprising that the present legislators would pick on Keyamo who came to national renown as a civil rights activist.

Well, whether he has sustained that reputation since he turned a publicist for the Muhammadu Buhari second term campaign may be open to debate.

However, last Tuesday, flashes of the old rebel resurfaced to the utmost embarrassment of the legislators.

As the supervisor of the National Directorate of Employment, NDE, the ministerial oversight of the programme directly fell within Keyamo’s purview. As such contrary to the claim of some of the legislators that he is the ‘junior minister’, Keyamo indeed had the locus to articulate issues concerning the programme.

Whatever, as he appeared before the legislators, tempers went high after the minister was accused of flouting due process but Keyamo stood his ground on the propriety of his action.

Even more interesting he fended off the legislators’ efforts to directly scrutinize the implementation of the programme bringing to light the interesting question as to the reach of legislators over government programmes.

For the legislators determined to expose the perceived wrongs of the minister, their request to go into a closed-session with him was shocking. Keyamo’s refusal to heed their call was salutary.

Given their constitutional responsibility to expose corruption, the question for the lawmakers is ‘why did they want to go into a closed session to expose the corruption.”

Mr. Keyamo’s refusal to heed the suspension of the programme could well provoke a judicial intervention. The question is what power does the legislature have to execute a programme for the executive branch?

The pronouncement of the joint committee is not binding. There is no provision for binding resolutions in the country’s constitution. That is why past resolutions on the likes of the Customs boss, Col. Hammed Ali, Mr. Ibrahim Magu all went unheeded.

Remarkably, Magu has spent more than four years without the Senate confirming his appointment and the National Assembly has simply been unable to do anything.

Such acts of defiance by Keyamo require legally binding responses. Since appropriation is the prerogative of the National Assembly, that remains the only way for now to check the excesses of executive office holders. However, Nigerians know that the legislators lack the kind of capacity to go that way.

How OBJ Pushed My Re-Election In ACN – Uzamere