My Wife Is My Number One Fan - Pastor Adeboye 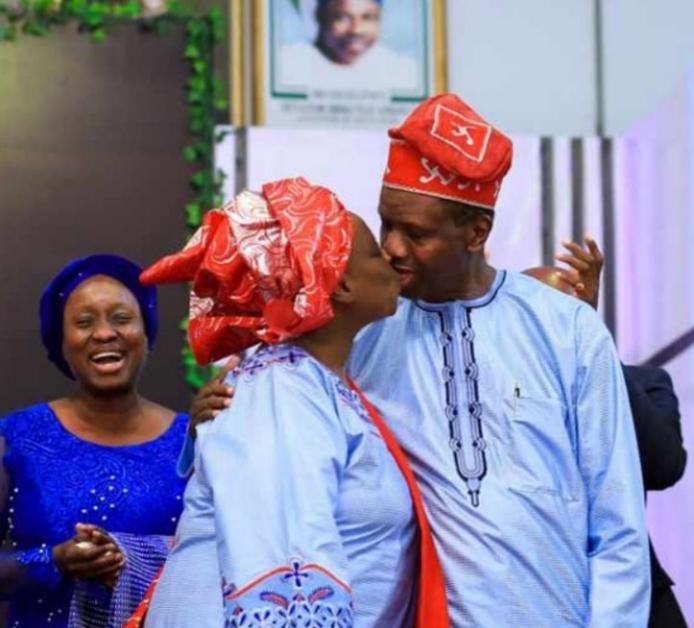 The General Overseer of the Redeemed Christian Church of God( RCCG)  Pastor Enoch Adeboye has described his  wife Folu as  his number one Fan.

Pastor Adeboye revealed this via his Instagram page while celebrating her when she clocked 72  on July 13, 2020.

According to him,  his wife who is fondly addressed as Mummy G.O Adeboye treats him like a baby, giving him  reasons to love her more.

” As busy as my wife is, she still cooks my meals and serves me herself. Many young ladies theses days leave everything to the house help. My wife still trims my nails for me.”

” There was a time when I was a teacher and was staying far from town , she had to cut my hair during that period. She is the only partner of the Adeboye Corporation. She doesn’t delegate her primary duties to anyone else. Just like the virtuous women described in Proverbs 31:1-31, I safely rest on my wife ” he said.

The General Overseer called on young brides to learn from his wife who according to him was a powerful woman and virtuous wife.

“Many people take instructions from my wife but as powerful as she is, and even though she has seen me in my weakest moment, I have no doubt that I am her head. If I insist , she would cancel whatever she was doing she was doing and come along with me.”

” The Bible says in Ephesians 5:23, for the husband is the head of the wife , No matter how educated or successful you are , your husband is your head and you must regard him as such at all times . It is  a terrible thing for a husband to feel his wife is his head”. Adeboye said.

He, therefore called on wives to uphold the virtues of a virtuous woman  and make up for the weaknesses of their husbands inorder to enjoy the joy of matrimony.

Support For Adeboye After Attack On Wife’s Birthday