Buhari's Claim Nigerians Know He Did His Best Snubbed 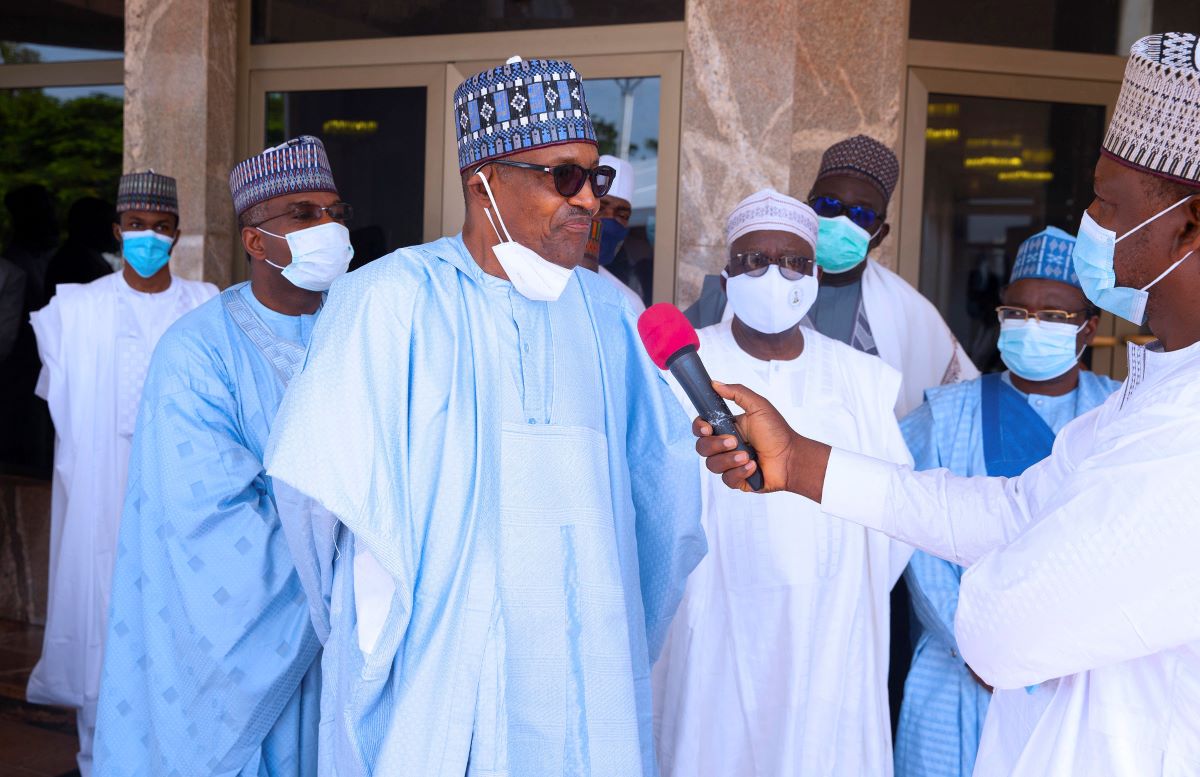 President Muhammadu Buhari has come under attack on the social media for saying Nigerians know his administration has done its best to tackle the increasing rate of insecurity in the country.

Buhari, in an interview with State House Correpondents after Eid El-Kabir prayers at the Presidential Villa, Abuja, following Eid prayers said his administration inherited backlogs of insecurity issues in the North East with Boko Haram and militancy in the South South.

In his words, “I want Nigerians to be very conscious of their country and what we inherited when we came in 2015 was Boko Haram, North East and the militants, the South-South. Nigerians know that we have done our best.

“What is coming up in the North West and North Central is very disturbing indeed but I believe the military, the police, and other law enforcement agencies from the report I am getting, I think they could do much better.”

Immediately the report appeared on the social media, the president was intensely criticized for what appeared to be his resignation to fate in the battle against Boko Haram.

Recall that few days ago, Maiduguri, the capital of Borno State was heavily attacked by members of the Boko Haram sect, as multiple explosions hit the state, while the governor’s convoy was not spared.

Buhari rode on the campaign promises of fighting corruption and insecurity to assume office in 2015 and 2019.

The phrase “Which Nigerians” turned into a trending topic on twitter following the intense criticism of the president.

@holudary tweeted: “In a saner clime, This President should not stay one more day in that villa with this statement.

You have tried your best and people are dying everyday in the country you’re leading, Or which Nigerians exactly is he talking about, i am sure i am not among the Nigerians.😡😡.”

@Ozi_Mee tweeted: “Make una help me ask the man. Which Nigerians?? Cos I’m sure its not my own type of Nigerian.”

@captainNwosu89 tweeted: “Am ashamed of being a Nigerian at this point in time. Abeg international flights should resume let me go back to the states. A failed state indeed.

I wonder which Nigerians Buhari is referring to. Mcheewww.”