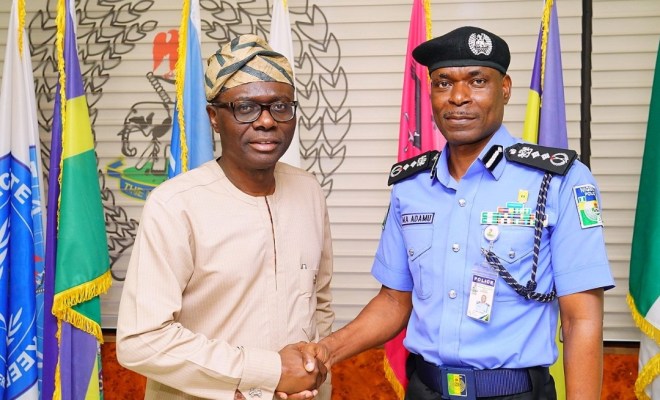 I’m not one to appeal to the authorities to ‘bend the rules’ and that’s a standard practice in my personal life. My wife and our domestic staff know this for a fact and do not dare outstep their bounds, because “I WILL look away”. No debate!

In the twilight of Governor Akinwunmi Ambode’s government, my wife had an obnoxious encounter with some LASTMA officials, which I was forced to look into, albeit reluctantly. My former irreverent driver, after many warnings, tried to beat traffic and drove on the BRT lane, because according to him, “other vehicles too passed the lane”.

Of course, he ran out of luck and was caught as the scapegoat. My wife, who should have cautioned him, sat behind and was watching the ‘film’ as her driver engaged them in a senseless argument, defending nonsense…”talking in the rubbish”.

Suddenly, she saw a LASTMA official surging towards the car to man the driver’s seat, as they are wont to do, and take over the car. So, she quickly locked the car centrally, hopped on the driver’s seat and drove off, whilst the driver jogged to join her afterwards.

All along, she was updating me and I’d been trying to make calls to see what to do, even though I was visibly pissed. I hate to beg and being on the wrong side of the law. Thus, the moment she told me of her ‘commando/gestapo’ moves, I said you have just compounded your crimes and for a properly registered car, whose particulars had been entered through videos and pictures, you cannot escape the long arm of the law. Not in Lagos!

To that extent, I instructed her to make a U-turn and go back to their main office to report herself and clear the mess. She did as I said and with the help of my friend, then CPS to the governor, Habib Aruna, the LASTMA officials at the office in Sura, Lagos Island, were impressed with her act of ‘forced patriotism’ and commended her.

That’s how we resolved the matter without acquiring any criminal record. For me, discretion is crucial at every turn in our public and private lives. It could save millions.

The traffic in Lagos yesterday was hellish. Either from the Ikorodu axis or the third mainland bridge end of the state, there was a spillover effect also in the inner streets. Therefore, it was common sense that the 10pm deadline for the Covid-19 curfew would be impossible for many.

I would have also thought that with the maintenance repairs on the third mainland bridge, that fact should have been factored into consideration, with officials and agents of government equally bearing this in mind.

Last night, many of those who suffered the traffic menace spent the night at the Alausa police station, where the officers there refused to use their discretion. Imagine cramming well over 20 people in one place in the season of a pandemic and nothing suggested to the officers that such was a poor judgment on their part.

The curious part of it all was that everyone we tried to reach out to with respect to a driver of mine, who was caught in the web while returning home from an errand refused to intervene, because according to them, “the Alausa police division is headed by a difficult woman”.

Even senior police officers turned down our request for help. But I still called till about 1.am this morning, seeking help, including from some aides of the governor, who are my friends but had obviously retired for the day.

Now, the complaints about the DPO could be two things: One, she’s doing her job well without compromises or two, that she does her job very poorly without thinking through, such that her colleagues would rather she was left alone. But what’s evident in all the submissions was the insinuated lack of discretion on the part of the leadership at the station.

Of course, do I need to mention that they were left off the hook this morning just like that? So, why hold many people dangerously in one place all night and still make them ‘play ball for their freedom’ this morning? Well, it’s standard, I guess.

Ordinarily, these are not the kinds of things anyone should push to the table of the governor of a state, where people manning other beats are expected to live up to their billings. But, sadly, here once the Commander-in-Chief or the Chief Security Officer of the state has not given an order, nobody knows what to do despite having a clear brief of what their job descriptions are.

Therefore, Governor Babajide Sanwo-Olu, please, could you appeal to the police command in the state to CALM DOWN a little with their curfew implementation exercise without necessarily compromising the security of the state or any of the safety protocols?

There’s a major ongoing maintenance work on a major road in the heart of the state and this is expected to have consequences on other roads and their users, thus, an extension of the time to midnight would not be a bad idea, especially, on a day like yesterday, if I may suggest.

The police cannot be seen to be exploiting a situation in which we should be looking out for each other. It doesn’t speak well. We’re all in this together!

Borno: In Zulum’s Shoes, What Else Would You Do?