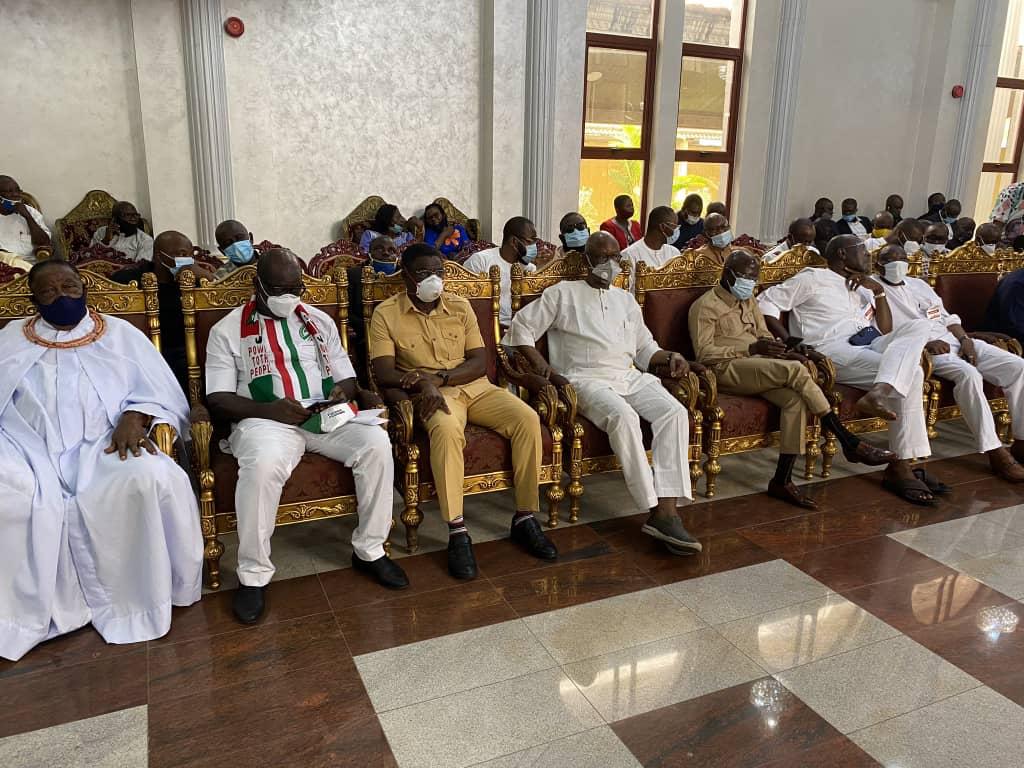 The Oba of Benin, His Royal Majesty, Uku Akpolo Omo n’Oba n’Edo Uku Akpolokpolo Oba Ewuare II has convened a peace meeting between the two major candidates in the Edo State governorship election due on September 19.

The two parties in apparent readiness for the meeting suspended campaigns to heed the royal call.

Present at the meeting which is ongoing are Governor Godwin Obaseki of the Peoples Democratic Party, PDP, his All Progressives Congress, APC rival Pastor Osagie Ize-Iyamu, the penultimate national chairman of the APC, Chief John Odigie-Oyegun and his successor, Comrade Adams Oshiomhole.

The meeting followed heightened tension in the state and spurts of violence in several sections of the state.

Before the meeting with the candidates and their supporters, the Benin monarch was briefed by the State Commissioner of Police Mr. Johnson Kokumo.