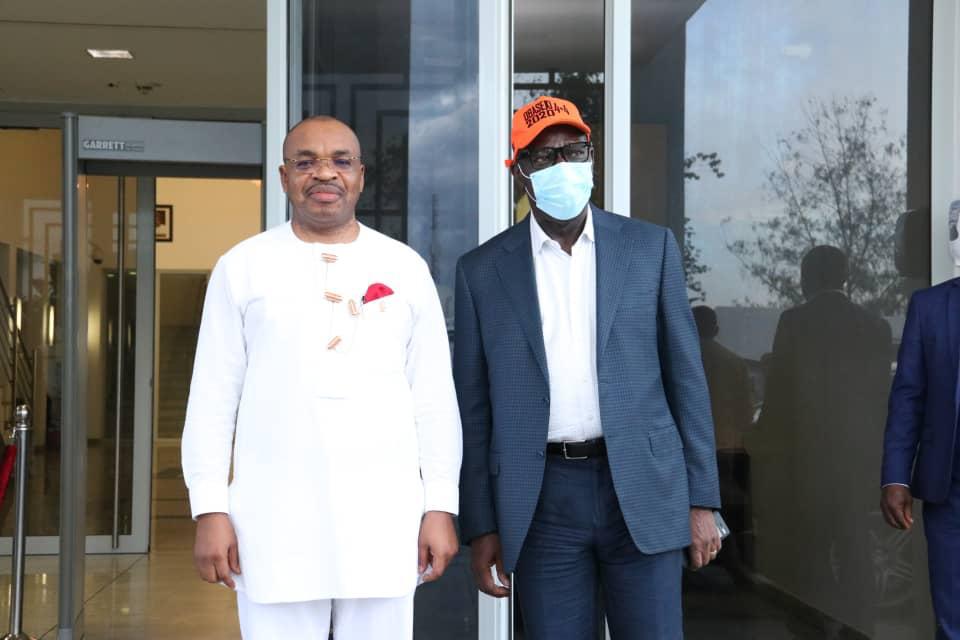 Governor Udom Emmanuel of Akwa Ibom State has congratulated Governor Godwin Obaseki following what he described as the massive and overwhelming support he got in his re-election bid.

In a congratulatory message released by his Chief Press Secretary and Senior Special Assistant, Media, Ekerete Udoh, Governor Emmanuel first thanked God for ushering in such a peaceful and credible election in Edo State and drew similarities to what happened last year in his State.

“Last year, the good people of Akwa Ibom State rose in unison and said no to godfatherism and the much touted Federal might, declaring the Supremacy of our ONLY GOD in the Affairs of man. Today, our Brothers and Sisters  in Edo State have replicated the same wholesome faith and belief in God over the boastful exuberance ordinary mortal  by voting to return a leader who best represents their values and ethos; a doer and not a talker.

“On behalf of the Government and the good people of Akwa Ibom State, I join our brethren in Edo to congratulate our Brother, His Excellency, Governor Godwin Obaseki for securing the trust and faith of the good people of Edo State to superintend  over the affairs of the State for another four years.

“As I have always said, a good job delivered well, means more job to be done. I have no doubt that you will step up to the plate and deliver big time for the Edo people. Let me also congratulate  our great party, the PDP and of course, the INEC for a job well- done!”