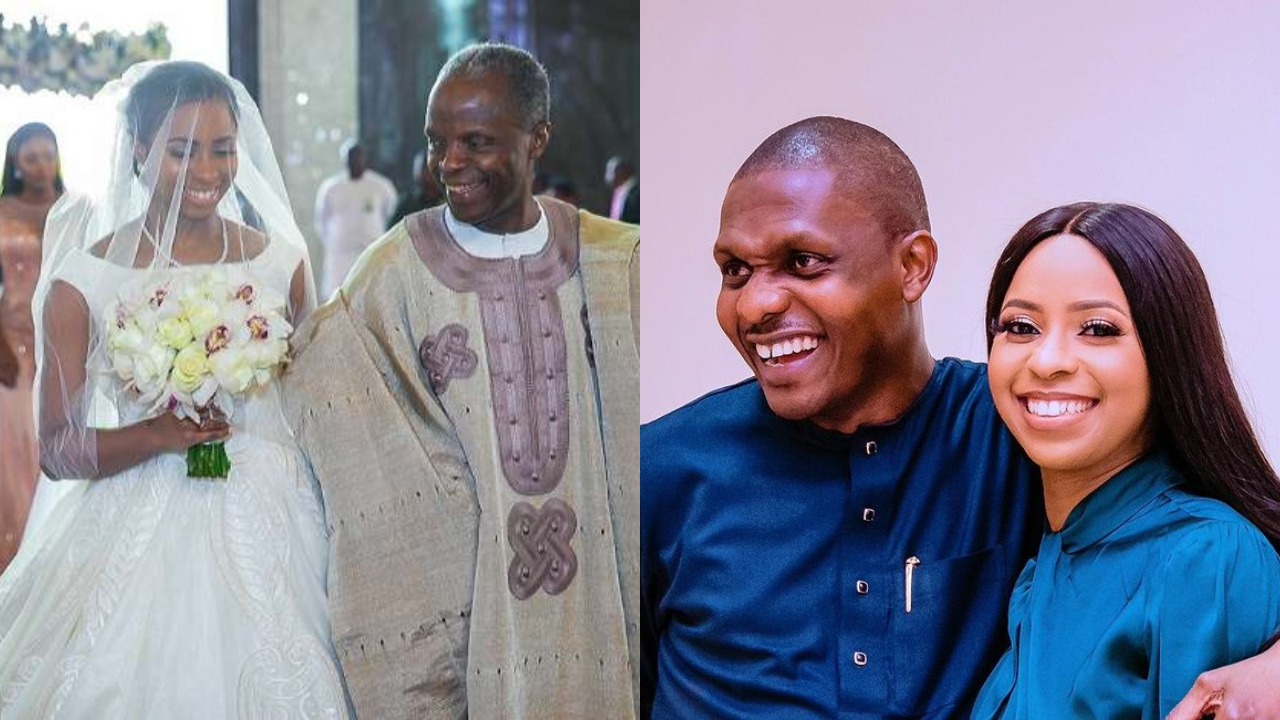 Vice president Yemi Osinbajo became a grandfather on Monday, he announced on twitter early in the day.

The feat happened after his daughter, Oluwadamilola welcomed her first child in the early hours of Monday, 21st of September.

She is married to Oluseun, daughter of billionaire oil mogul, Hajia Bola Shagaya.

The 63 year old vice-president who shared the news on twitter said:

The couple got married in March 2018 in Abuja.