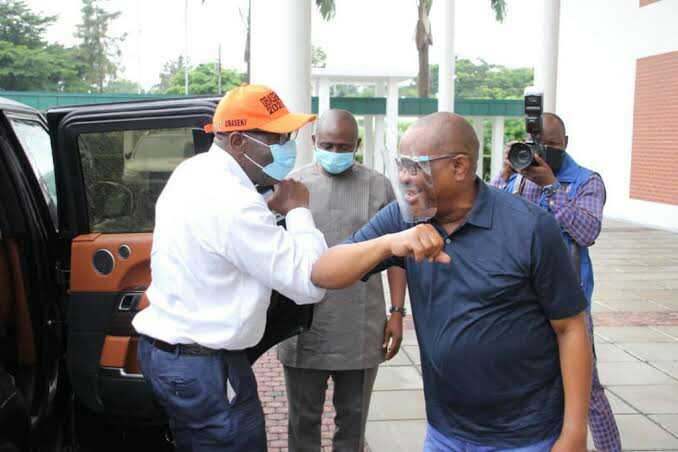 Governor Nyesom Wike of Rivers State has said that Governor Godwin Obaseki could return to the All Progressives Congress, APC after winning reelection on the platform of the Peoples Democratic Party, PDP if he is no longer comfortable with the PDP.

Speaking on Channels Television’s Sunrise Daily programme on Friday, Wike, however, said that Governor Obaseki should never forget that the PDP gave him an umbrella when he needed it the most in the time of storm.

Wike said: “I don’t want to discuss something that is not going to be possible. However, assuming it happens, so what? That is politics.

“If the governor believes that the PDP is no longer a party for him to actualise his vision and his mission, there is nothing wrong but I don’t believe that it is going to happen because the governor has consistently told us that there is no way he will leave the PDP. If he leaves the PDP, people in Edo State will not be happy.

The Rivers State governor also pointed out that the Governors of Oyo, Seyi Makinde; Delta, Ifeanyi Okowa all played their roles and it will be unfair to ignore them and give him all the praise for the victory of Governor Obaseki’s reelection.