How Oshiomhole Would Have Danced Had Obaseki Lost 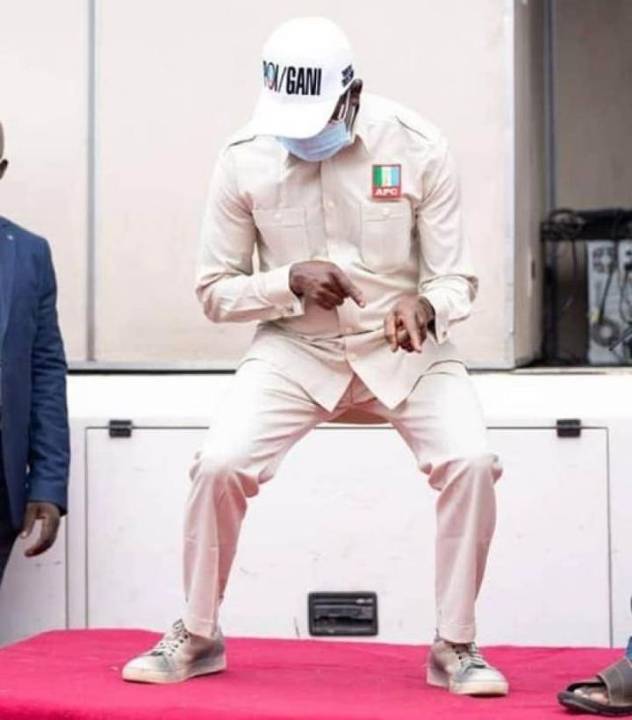 Your correspondent almost thought that Comrade Adams Oshiomhole had turned into a pastor as he reacted for the first time to his defeat in last Saturday’s governorship election in Edo State.

Yes, “to his defeat” because in the eyes of many, Pastor Osagie Ize-Iyamu despite his strong political grit was secondary in the estimate of many in the election.

Oshiomhole, in the eyes of many, was the one who was defeated. Not just by the voters in Edo State, but also by the internal power dynamics within the All Progressives Congress, APC which worked to further punish the former national chairman for his actions while in office as leader of the ruling party.

So, speaking for the first time three or four days ago as he worked out in a gym, Comrade within a span of one minute 47 seconds mentioned God eight times. He invoked the Almighty’s name as he enjoined his followers to look up to the sovereignty of God in all things in life.

It was a worthy admonition from a man many had seen and even chastised for playing god in the approach to the election.

There was no better indication of how Oshiomhole tried to play god than his stance in doing and undoing. He was the man who four years ago demolished and demonized Pastor Osagie Ize-Iyamu. That act of demonizing Ize-Iyamu was despite the fact that Pastor was the one who put together the political structure that enabled Oshiomhole to become governor.

So when at the point of exit in 2016 he demonized and demolished Ize-Iyamu, many would have interpreted his effort as an act of betrayal if not ingratitude.

As national chairman of the APC, Oshiomhole was quoted as saying that anyone who was dirty or guilty of whatever malfeasance immediately became clean once he or she joined the APC.

He took his word to action when with Ize-Iyamu defecting from the Peoples Democratic Party, PDP to the APC, he immediately went about selling him as a good man irrespective of the denunciations he made four years earlier. Comrade acted as if he were God and had no explanation in wearing Ize-Iyamu with righteous robes without explaining to the citizenry to whom he had earlier denounced the pastor.

Ditto for Godwin Obaseki who he four years earlier praised as the engine room of his government.

The same man he made, he now with the seeming authority of God sought to unmake him.

If anything, it is the suggestion of many that Pastor lost the election by his association with the two or three major godfathers that were associated with him.

Besides Oshiomhole, there was also Asiwaju Bola Tinubu who by his words sufficiently provoked the electorate to vote against Ize-Iyamu.

Without the godfathers, Ize-Iyamu did better four years ago. In fact, it is the belief of many that he won the election of 2016 and was edged out by the incidents that happened at the collation centre in the night of collation.

Tinubu’s broadcast acting as the father of all democrats in Nigeria and with it the suspicion of Edo State becoming part of his political enclave also sufficiently unnerved many in Edo State.

But one thing that came out from this election is that political godfathers of whatever hue must from henceforth restrategise if the innovations coming with the Electronic Voting System will not put them out of relevance.

One particular lesson Oshiomhole must particularly learn is the matter of circumlocution, which is a trait of many political godfathers.

As the preacher in the bible exhorts in Ecclesiastes 5:2, “Do not be rash with your mouth, And let not your heart utter anything hastily before God. For God is in heaven, and you on earth; Therefore let your words be few.”

In his advent to political dominance in Edo State, Oshiomhole had repeatedly pronounced the elimination of all political godfathers he met on the scene, including those who helped him to power.

However, one lesson he did not learn from them was the culture of reticence for which Edo’s political godfathers, Chief Tony Anenih, Chief Samuel Ogbemudia, and to a lesser extent, Chief Gabriel Igbinedion were known for.

Anenih, the most preeminent of the godfathers, despite his swagger across the country and his native Edo State was not open to the kind of pomposity that Oshiomhole displayed. Even as Oshiomhole subjected him to political humiliation and theatrics, Anenih restrained himself, only working behind the scene for political advantage.

Perhaps it is in the gene, for Oshiomhole to talk. But it is that talk and talk that has now taken him into his present political catharsis. It is still being imagined how, Oshiomhole would have reacted if the results had turned the other way.

It is only an imagination, but he surely would have danced with his mouth!