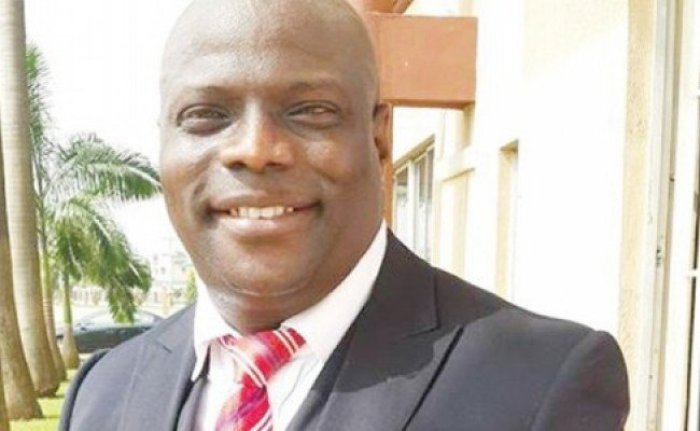 A High Court in Igbosere, Lagos, on Friday ordered Ms Olaide Ibraheem, a civil servant to pay N750,000 as fine for forcibly taking over the property of her ”lover”, Dr Olufemi Oke-Osanyitolu.

Ibraheem, was arraigned on May 22, 2017, on three counts of forgery, forcible entry and criminal damage to the property, located at No. 1, Baba Yusuf Close, Alausa, Ikeja, Lagos, belonging to Oke-Osanyitolu, the Director-General of the Lagos State Emergency Management Agency (LASEMA).

Delivering judgment, Justice Oluwatoyin Ipaye, said that the expert witness presented by the prosecution led by Mr Akin George, was able to prove that the deed to the property was executed in the sole name of Dr Oke-Osanyitolu.

Ipaye found her guilty of forging the property deed of Assignment and forcible entry on the property.The judge found Ibraheem not guilty on the third count of criminal damage to property.

Justice Ipaye held that the evidence presented by the defence’s expert witness was not convincing and was punctured by the prosecution during cross-examination.

The judge held that it was visible to the naked eye that the deed presented to the court by Ibraheem was a forgery.

Justice Ipaye noted that there was no proof that Luqman Salami, the Personal Assistant (PA) to Oke-Osanyitolu directly collected funds from the defendant to purchase the property and that the evidence of the PA is accepted as convincing and relevant.

“The offence of forgery is established beyond reasonable doubt by the prosecution.

“The keys to the property were not voluntarily granted to the defendant, the prosecution has proven the offence of forcible entry beyond reasonable doubt,” she said.

The judge however noted that the offence of malicious damage was not proved beyond reasonable doubt by the prosecution due to the fact that property was undergoing renovation during the period the offences was committed.

In his allocutus (plea for mercy), the defence counsel Mr Gbenga Ojo begged the court to temper justice with mercy noting that Ibraheem was  a public servant, a grandmother and a first time offender.

Justice Ipaye in her response wondered why the defence allowed proceedings to degenerate to the level of conviction and sentencing despite prior calls by the prosecution for mediation between the warring ex-lovers.

The judge noted that due to the COVID-19 pandemic, a non-custodial sentence will be granted by the court to the convict (Ibraheem).

“A fine of N750,000 is imposed on the convict which is to be paid to the Chief Registrar of the court not later than 30-days. Failure of which she shall serve a prison term of two-years.

“An Order of Restitution is hereby granted. The convict is to vacate the premises not later than 30-days failing which she shall serve two-years imprisonment,” Ipaye ordered.

The judge noted that if the convict failed to both pay the fine and vacate the premises, she shall serve a “cumulative sentence of four-years imprisonment”.

NAN reports that the convict was arraigned on May 22, 2017 on a three-count charge of forgery, forcible entry and criminal damage to property contrary to Sections 52, 339 and 365(3) of the Criminal Law of Lagos 2015.

During the trial, four witnesses including Oke-Osanyitolu, his personal assistant and a signature expert,testified for the prosecution.

Six witnesses including Ibraheem, a surveyor and a police officer testified on behalf of the defence.

During the trial, Oke-Osanyitolu in his testimony told the court that he and the defendant were former lovers and top civil servants in the employ of the Lagos State Government.

He said that during the course of their relationship, he needed accommodation for his ailing mother and had sought Ibraheem’s help in getting accommodation.

Oke-Sanyitolu said the defendant negotiated the purchase of the property on his behalf for N45million from the former owner, one Baba Yusuf in Kano.

The LASEMA DG told the court that he had made installment payments for the property via Mr Luqman Salami, his personal assistant and that he paid a balance of N1. 5million the day the Deed of Assignment was signed.

According to Oke-Sanyitolu, following the break up, the defendant in order to unlawfully lay claim to the property, had fraudulently made another Deed of Assignment and had forged his signature on the fake document.

He said that Ibraheem, with the aid of hoodlums, had also unlawfully broke into and took over possession of the property on September 2015.

The LASEMA DG noted that when he reported his ex-lover’s actions to the authorities, she threatened his life and said she will show him “the power of women”.

Ibraheem, while testifying in her defence said the property belonged to her.

She said when she wanted to buy the property, she visited the Baba Musa the former owner of the property in Kano.

However, he had said due to religious reasons, he could not sell the property to a woman unless she came with her spouse.

She said obliging the requests of Baba Musa, Oke-Sanyitolu had accompanied her to buy the property.

The defendant in her version of events said that four persons- herself, the owner of the property, his son and Oke-Sanyitolu signed the Deed of Assignment while Salami, Oke-Sanyitolu’s personal assistant was a witness.

She said after the end of their relationship, she got wind of the fact that Oke-Sanyitolu had procured another Deed of Assignment for the property.

She noted that the new Deed did not contain her signature and that he was trying to register the new Deed at the Lagos State Ministry of Lands.

Ibraheem had denied illegally taking over the property from the complainant and forging the property deed of Assignment.