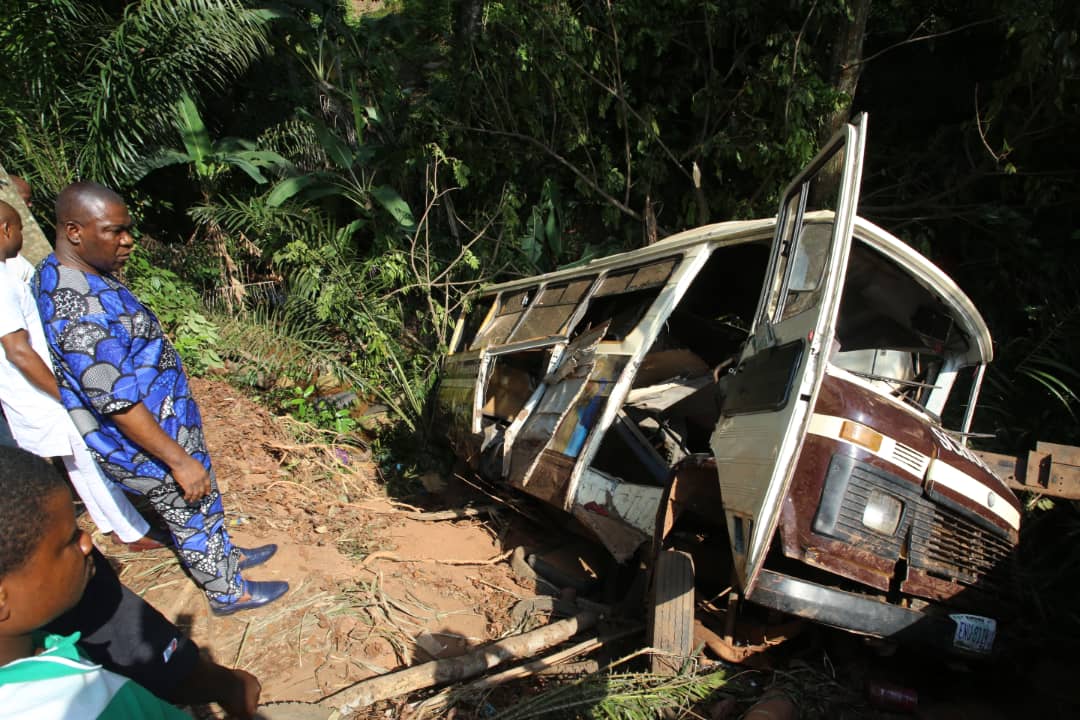 Former Deputy President of the Senate, Senator Ike Ekweremadu, has expressed shock and sadness over the accident that claimed lives of several pupils and staff of Presentation Nursery and Primary School, Awgu, Enugu State during the week, describing it as horrific.

Ekweremadu spoke during a condolence visit to the Catholic Bishop of Awgu Diocese, Bishop John Okoye, and a visit to the scene of the accident on Friday.

The lawmaker, who was accompanied by his wife, Lady Nwanneka Ekweremadu, said: “Presentation School has always been dear to our hearts as a centre for academic and moral excellence. You came first in the 2012 edition of the Ikeoha Annual Secondary School Quiz Competition and have won several of our full university scholarships.

“So, it can be imagined how we have been traumatised and shocked at the news of the accident involving our children in the nursery and primary section. I have been to the scene and it is horrific. I think last Wednesday can best be qualified as a black Wednesday.

“We have come to sympathise with you. The condolences and prayers of the people of Enugu West are with the families of these fine souls, the school, and the Catholic Diocese of Awgu. We pray God to grant the dead eternal rest and grant quick recovery to those who sustained injuries”.

Speaking, Bishop Okoye, who received Ekweremadu and his wife, on behalf of the management of Presentation School and the Catholic Diocese of Awgu, thanked the Senator and the people of Enugu West Senatorial District for their love and support at their time of sorrow.